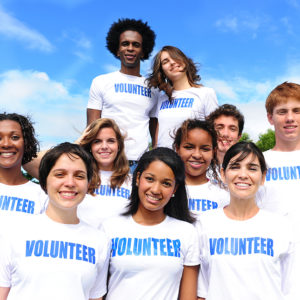 PA One of the Most Charitable States, New Study Shows

The old slogan “you’ve got a friend in Pennsylvania” carries more weight than you might think.

According to a report published this week by WalletHub, Pennsylvania residents are far more likely to donate or volunteer for charities than most Americans. In fact, it’s the sixth most charitable state in the nation, according to the survey.

Pennsylvania came out with the overall rank of sixth place for a combination of volunteering and charitable giving, bested by Utah, Minnesota, Maryland, Oregon and Ohio. The six least charitable states were West Virginia, Nevada, Rhode Island, Mississippi, Louisiana, New Mexico and Arizona.

With the weather getting colder and winter holidays on the horizon, people tend to donate more, said Lisa Reese, as she was working Wednesday morning at the Stenton Family Manor on Tulpehocken Street in Philadelphia’s Germantown neighborhood.

“Having been here a few years now, you definitely see an uptick around the holidays, for both volunteerism and donations,” said Reese. “In the warmer months, you still get volunteers, but less donations. I think concern around the cold weather is part of that, too.”

Marissa Christie, president of the United Way of Bucks County, said she does not see donations being impacted negatively at all.

“Giving to support basic needs like food and shelter is very strong,” said Christie. “We’re finding that people who have the capacity to give are giving generously, and that includes individuals, businesses, and foundations. People are aware of how much need there is in our community and they want to help.

Christie’s observation is in keeping with WalletHub’s findings.

With the pandemic still creating obstacles for life in general,  WalletHub reported that donations went up 16 percent in the first four months of 2020 over the same period in 2019  – so even within the lockdowns in much of the country this spring, people were still giving.

But there is a flip side to this, Christie noted. More people are out of work, businesses are operating at reduced capacities and so those who are working, are often bringing home less cash than pre-Covid.

“The gap between who can give and who needs help has grown,” said the United Way of Bucks County CEO. “One unfortunate trend we’ve seen is people going from being donors in 2019 to needing help themselves in 2020 due to the financial impact of COVID-19. “

One larger problem, how to raise money, has been transferred to the virtual world, like so much of our lives have, said Tobias Bruhn, executive director at Foundations Community Partnership in Doylestown, Pa. Bruhn said that while agencies partnered with the foundation had to revamp traditional fundraising and special events,  people are still donating — COVID or not.

Of course, with person-to-person contact severely limited, volunteer activity and the opportunities for it, “have decreased dramatically,” Bruhn reported, relaying information from the non-profit partners he works with at Foundation Community Partnership.

The fact that the pandemic is still going as we near the end of 2020 is a concern for many charities, said Bruhn, noting that many of the Foundation’s partners were able to stave off problems using federal, state and county resources thus far, but “the biggest concern we hear (from non-profit agencies)  is the ability to operate six to 12 months from now, when no more stimulus funds are available to support the new infrastructure; giving priorities may have shifted from previous donors and volunteers have found other outlets or no longer feel comfortable to participate.”

For those who want to give time or money to charities but are unsure of how to do so with the pandemic, Bruhn suggests reaching out to organizations directly. “Most will be very forthcoming with what  is needed, monetary donations versus volunteerism. More importantly, most non-profits have strict protocols in place to make their staff and volunteers feel safe and welcome. While volunteering has become more challenging during the pandemic, there are still lots of opportunities available to make a difference.”

In general, the WalletHub report reminds us that Americans are pretty generous. Over the last decade, the World Giving Index shows that residents of the United States have given more than any other country. In 2019, Americans donated $449 billion to charity, with close to 70 percent of that coming from individuals, the National Philanthropic Trust reported.