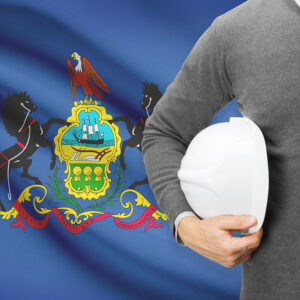 Five economic development projects tied to Pennsylvania’s robust natural resources have been shut down by environmental extremists and their allies in the legislature over the last three years. Communities across Pennsylvania have lost over $5 billion in economic development opportunities and millions of dollars in state and local tax revenue. And, the Pennsylvania Building and Construction Trade Unions have been denied millions of work hours that would have provided good paying jobs to thousands of union families.

Why is Pennsylvania losing out on these historic economic opportunities that take advantage of its national prominence in natural gas production?

Pennsylvania is not being beat by economic competitors. It is being defeated from within by environmental extremists and their legislative allies who oppose natural gas projects, and through a barrage of frivolous lawsuits that are driving billions of dollars in private investment and thousands of good energy jobs out of Pennsylvania.

The environmental extremists, like all radicals, only see the world through their own narrow ideology. They outright deny any scientific data that dispels the false choice they present to Pennsylvanians. Environmental extremists scream out loud that jobs don’t matter and ending natural gas right now is the only way to address climate change. It’s a false premise, proven false by the actual data that demonstrates the important role natural gas has played in reducing our carbon footprint, by dramatically cutting carbon emissions by 34 percent in Pennsylvania.

Over the last decade, natural gas production in Pennsylvania has helped reduce CO2 emissions in the United States by 758 million metric tons – more than any country in the world and nearly matching the entire CO2 reductions for all of Europe. Over the same time period, our economic competitors, like China, have increased CO2 emissions by over 80 percent. The false choice environmental extremists are trying to force upon Pennsylvanians is driving energy jobs to China.

China plans to build 43 new coal-fired power plants in the coming years. Pennsylvania has not built a new coal plant in nearly two decades, since 2004. Sending energy production jobs to China is bad for Pennsylvania workers, and it’s downright terrible for the environment.

In northeastern Pennsylvania, UGI announced it’s halting a $1 billion pipeline project that would have created 12,000 jobs. In western Pennsylvania, U.S. Steel announced it’s stopping a $1.5 billion expansion of its steel manufacturing plant that would have created 1,000 construction jobs. Both projects were besieged by endless litigation from environmental zealots and outright opposed by activist legislators, who want to stop the creation of any job connected to the natural gas industry.

Ending every job in the natural gas industry will not just hurt large-scale economic development projects, like UGI and U.S. Steel, it’s going to bring a lot of economic pain to Pennsylvania homeowners. Over 50 percent of Pennsylvanians heat their homes with natural gas, and they have saved over $30.5 billion over a 10-year period on their utility bills. The environmental extremists, and their friends in the legislature, want to turn out the lights on these energy savings for millions of Pennsylvania homeowners. Higher energy costs, higher taxes, fewer good-paying union jobs, and less progress on addressing climate change is the real-world outcome of an extremist agenda that would radically change our energy policy by ending natural gas production in Pennsylvania.

Pennsylvania is leading the nation in advancing cleaner burning fuel technologies, energy efficiencies, a smarter electric grid, and responsible climate solutions that balance economic development with environmental stewardship and consumer protections. Despite these salient economic realities, environmental extremists are aggressively working to advance a radical agenda that will shut down Pennsylvania’s natural gas industry and put the Pennsylvania Building and Construction Trade Unions out of business.

An important fact, blindly ignored by the environmental extremists, is that shutting down the natural gas industry is not just about shutting down a pipeline project. Pennsylvania’s natural gas industry is a critical component of a broad spectrum of industries in our state including agriculture, manufacturing, health care and the life sciences. Ending natural gas production in Pennsylvania means our farmers must look to China for their fertilizer, our manufactures lose their competitive advantage, our hospitals and health care heroes will have to scramble for personal protective equipment because we no longer have a petrochemical manufacturing supply chain, and our science labs will have to look elsewhere for the base materials to develop the pharmaceuticals that save Pennsylvania lives every day.

What does Pennsylvania’s economic future look like if it’s shaped by the hand of a radical environmental agenda that advances policies like the Regional Greenhouse Gas Initiative (RGGI) and the Green New Deal?  Sadly, Pennsylvanians are already feeling the pain from the handy work of overzealous environmental extremists, who have recently shut down five major projects and cost Pennsylvanians over 25,000 jobs and $5 billion in economic opportunities.

If Pennsylvania families are to have a prosperous future, they deserve an honest conversation on energy jobs and climate solutions – a thoughtful conversation that recognizes the environmental progress we remain committed to improving, and one that acknowledges the critical role our energy assets, like natural gas, play in the development of a comprehensive economic development strategy that lifts all economic fortunes across our beautiful commonwealth.

State Senator John T. Yudichak is in his third term serving Carbon and Luzerne counties as a member of the Pennsylvania Senate. Prior to serving as the senator for the 14th legislative district, Senator Yudichak was a member of the House of Representatives from 1999 to 2010. Senator Yudichak currently serves as the Majority Chairman of the Senate Community, Economic and Recreational Development Committee, the first Independent to chair such a committee in the Pennsylvania Senate.