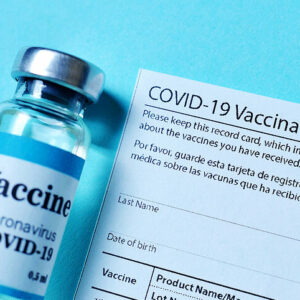 PA Legislators Want To Stop Vaccine Bans at the Border

Will Pennsylvanians soon have to show “vaccine passports” for employment, shopping, and recreation?

The phrase is actually a shorthand for systems — from flashing a paper vaccine card to actual phone apps — that would let people prove their COVID-19 vaccine status to businesses and governments. The debate is whether fully vaccinated people should be able to receive special treatment or engage in activities that the unvaccinated, because of their higher-risk status, cannot.

Health experts note that for vaccinated people, the unvaccinated pose no risk. And yet the level of interest in segregating people based on vaccination status is so high, some Pennsylvania lawmakers feel the need to step in.

Republican state senators on the Health and Human Services (HHS) Committee recently approved a bill to ban proof of vaccination requirements in schools and organizations that receive public funding.

The bill would cover state agencies, counties, municipalities, and school districts. The legislation made it through the committee in a party-line vote and is headed to the Senate floor, even as more companies and universities announce vaccine requirements for employees and students.

Twila Brase, RN, PHN, president and co-founder of the Citizen’s Council for Health Freedom, told DVJournal the passports are “coercive tools” to force people into taking the COVID-19 vaccine despite personal concerns they may have about its safety.

“Obviously, there’s a whole bunch of people that have taken it, already millions of people without major adverse events. But that doesn’t mean it should be forced upon individuals and workers,” she said.

Pennsylvania Sen. Amanda Cappelletti, (D-Delaware/Montgomery) voted against the vaccine passport ban in committee. However, she says she does not support the widespread implementation of vaccine passports.

At the same time, Cappelletti does believe organizations and institutions like universities should have the ability to make the decisions on whether vaccine requirements or passports are necessary for their staff and students.

If the bill to ban vaccine passports does reach Gov. Tom Wolf, it appears based on previous comments he’s unlikely to sign it. “I am not sure why the government would weigh in either way in terms of mandating it or saying you can’t do it.”

Earlier in May 2021, the U.S. Occupational Safety and Health Administration announced that if companies requiring their employees to receive the COVID-19 vaccine, the company will be liable and responsible for reporting any adverse events experienced by employees as a result of the vaccine. However, this decision was quietly retracted and reporting requirements were loosened so as not to dissuade companies from requiring the vaccine.

Leaving the decision up to companies and schools is concerning, according to Brase. “We are gravely concerned with what we see happening at the college level. At last count, there were at least 320 colleges that were mandating vaccinations for their students. And therefore, the students are really looking at vaccination or no education, and that too is a terrible place for students and individuals to be in.”

State Sen. Judy Ward (R-Blair) sits on the HHS Committee and is a cosponsor of the bill. “For the past 15 months, Pennsylvanians have weathered various intrusions into their personal health status. I firmly believe vaccine status should not be another avenue by which to violate that right to privacy,” she said.

“Some people have very valid reasons for why they are not receiving the COVID-19 vaccination,” she added. “By memorializing this in legislation, we can ensure that Pennsylvanians are not facing discrimination based upon their vaccine status – no matter what the governor or department of health says now or in the future.”