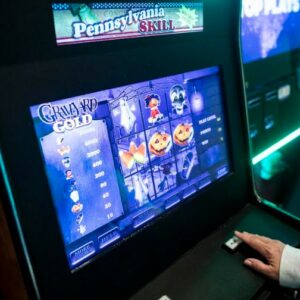 Pennsylvania state legislators are making another push to regulate ‘games of skill,’ which have evolved into a significant form of gambling in the state — and a regulatory headache for the state.

This legislative proposal was introduced by state Sen. Gene Yaw (R-Bradford/Lycoming/Sullivan/Susquehanna/Union) and state Representatives Danilo Burgos (D-Philadelphia) and Jeff Wheeland (R-Lycoming), which would regulate and tax games of skill in the state. This could bring in $250 million in annual revenue for the state as well as an influx of money to the local businesses that house the machines, according to the bill sponsors.

These gaming machines, which are not regulated under the state’s Gaming Act, were effectively legalized by a 2014 Beaver County Court of Common Pleas decision that found the machines to fall outside the Gaming Act’s purview. The gaming machines have populated bars, clubs, and convenience stores across the state, leaving lawmakers at odds over whether it would provide a boost to the state’s economy.

“Skill games are an important part of the small business economy in our state and will be one way to make sure that everybody makes it beyond the pandemic,” Yaw told City & State Pennsylvania. “Skill games are allowing businesses, fraternal clubs, veterans organizations, or whatever to provide health insurance for their workers, increase salaries, and in some cases, simply keep the doors open.”

Like video game terminals or VGTs, the machines were legalized for use at truck stops in 2017. Skill Games, however, don’t rely on chance like traditional gambling machines or games. Instead, players can win money based on their skill at a particular game.

However, since the machines are currently not regulated at the state level, opponents say that the state doesn’t bring in tax revenue from skill games for VGTs or slots.

This proposed legislation would change that by imposing a 16 percent tax on distributors for all gross profits generated by skill gameplay. The draft of the legislation, which could change when the bill is formally introduced, would also establish fees for skill game distributors, establishments, and operators that house the games.

Governor Tom Wolf’s administration has also spoken out against skill game machines, fearing that regulating them would cut in Pennsylvania Lottery sales, as well as slot machine revenue that goes toward school property tax relief.

“The revenues that come from our casinos support municipalities including the City of Chester counties including Delco, and helps provide property tax relief, and supports our Commonwealth because we must keep those dollars supporting Pennsylvanians,” Kane said.

Rep. Dianne Herrin believes that since games of skill are already being played across the state, it would be beneficial to move forward in the legislative process. 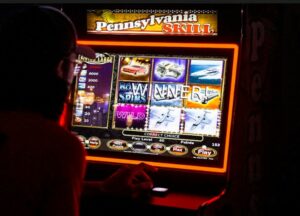 “While I understand the concerns of the Wolf Administration about the potential for regulating these games to impact state lottery proceeds to the state, the games are already being played in Pennsylvania, and I believe we are better served by regulating them,” said Herrin (D-West Chester). “If necessary, funding from these skills games could be used as a secondary source of revenue for programs like the property tax and rent rebate program currently funded by the lottery. This is something the General Assembly can consider before final passage of any legislation.”

Jeanette Krebs, a spokesperson for Pennsylvania Skill — “the only legal video skill as ruled by the Pennsylvania Commonwealth Court & Beaver County Court of Common Pleas,” as they tout on their website —  says the company supports the legislation introduced by Senator Yaw and Representative Wheeland.

“The legislation is a very good thing for the operators of Pennsylvania Skill games and the restaurants, bars, fraternal clubs and veteran organizations where the games can be found,” said Krebs. “These locations count on the revenue they receive from skill games. Some have said they would not have survived the pandemic without it.  As an example of the importance of legal skill game funds, a small grocery store with three locations in western Pennsylvania began offering health benefits to employees this year because of the money it is receiving from skill games in its stores.”