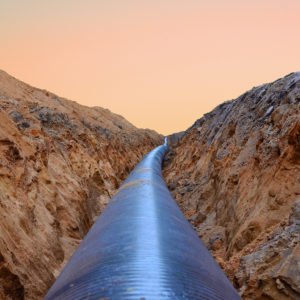 A Pennsylvania judge overruled an order halting construction on a pipeline in the southeastern part of the state that environmental activists have sought to shutdown.

State Environmental Review Board Judge Bernard A. Labuskes’ temporary ruling lets Energy Transfer and its Pennsylvania subsidiary Sunoco resume drilling immediately on the Mariner East pipeline. An online hearing with the full board to consider Sunoco’s petition to permanently overrule the Department of Environmental Protection’s initial shutdown order is scheduled for September 1.

“Massive infrastructure projects like Mariner East may cause disturbances, but facts matter, and in this case, the courts once again got it right,” said Kurt Knaus, a spokesman for the Pennsylvania Energy Infrastructure Alliance. “Mariner East is a legally permitted project that is regulated to the highest standards, and has been since day one. This project has been plagued by hyperbole and overreaction. It’s time to stop the delays and let workers do their job so this project can finally finish.”

The project is no stranger to regulatory actions prompted by opposition from residents along the route, Democratic lawmakers representing the region, and environmental activists.

The second incident involved a leak of nontoxic drilling fluid into a lake at March Creek State Park.

“Energy Transfer has continually demonstrated that they have neither the ability nor the motivation to build safe pipelines,” the letter read. “They have failed. And by allowing them to restart over and over again with slap-on-the-wrist fines, we have failed the citizens of Pennsylvania, who have a constitutional right to clean air, pure water, and to the preservation of the natural, scenic, historic and esthetic values of the environment; as well as to public health, safety, and private property. It is time for real consequences.”

Environmental Protection officials issued a notice of violation and halted operations in a move that Sunoco called “improper” and “arbitrary.” Sunoco has paid tens of millions of dollars in fines throughout the course of the project due to soil contamination issues, sinkholes developing, and other construction-related incidents.

“Groundwater management is an expected part of any construction project, which is why we have plans in place within our DEP permits,” Energy Transfer/Sunoco spokeswoman Lisa Coleman said after the latest incident with the aquifer breach. “We are following our approved permit plans, including various components on how to address groundwater, which can be exacerbated during storms. We are in constant communication with the DEP and they are making daily visits to our construction sites.”

Opposition to oil and natural gas pipelines has increased over the last few years with activists using the courts to achieve what they could not through legislative means.

Dominion Energy of Virginia and Duke Energy of North Carolina spent $3.4 billion on the Atlantic Coast Pipeline only to cancel the 600-mile project after federal court rulings regarding the Keystone XL Pipeline raised the litigation risks and costs of continuing. The pipeline would have transported natural gas from West Virginia through Virginia before delivering it to North Carolina, traveling under the Appalachian Trail in some parts.

And the Constitution Pipeline, an interstate natural gas line into New York, was cancelled by Oklahoma energy company William Cos.

“Pipelines are the safest and least expensive way to transport America’s vast storehouse of natural gas and oil,” said Stephen Moore, co-founder of the Committee to Unleash Prosperity, adding that Sunoco’s decision to challenge the shutdown and eventual win is a  “victory for workers and American energy independence.”

GAIN, a coalition of business, industry, and labor interests, also applauded the ruling.

“Judge Labuskes’ decision to allow construction to restart on the Mariner East pipeline validates the pipeline developer’s response to a recent incident and minimizes the negative environmental impact caused by unnecessary stops and starts,” said coalition spokesman Craig Stevens. “Resuming the last stages of the project’s construction in Southeast Pennsylvania will go a long ways to alleviate construction fatigue. And once operational, the Mariner East pipeline will offer increased access to Pennsylvania’s natural resources alongside the consumer and commercial benefits.”