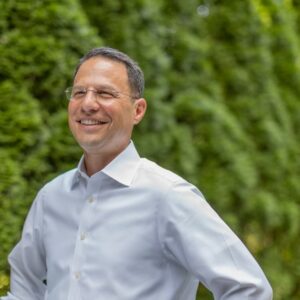 PA Green Groups Back Shapiro Despite Stance on RGGI, Fracking

Environmental activists may say climate change is an existential threat, but it is not enough to keep some of Pennsylvania’s most prominent green organizations from backing Attorney General Josh Shapiro for governor.

Shapiro, the only major Democratic candidate in the governor’s race, has carefully navigated a more moderate stance on energy politics than green groups advocate. He’s refused to call for an end to fracking or support Gov. Wolf’s attempt to push Pennsylvania into the Regional Greenhouse Gas Initiative (RGGI), a multi-state cap-and-trade carbon emissions compact.

Asked by the Delaware Valley Journal where he stands on RGGI, Shapiro said, “We need to take real action to address climate change, protect and create energy jobs, and ensure Pennsylvania has reliable, affordable, and clean power for the long term. As governor, I will implement an energy strategy which passes that test, and it’s not clear to me that RGGI does.

“Ultimately, that is a determination I will make as governor, in close consultation with workers and affected communities. I refuse to accept the false choice between protecting jobs or protecting our planet – we must do both, and my priority will be ensuring Pennsylvania has a comprehensive climate and energy policy that will move all of us forward.”

While Shapiro has filed high-profile court cases against energy companies like Sonoco/ET and individual drillers, he has not joined the green activists’ calls to end all fossil fuel infrastructure development.

But that didn’t cost Shapiro the endorsement of several environmental groups at a press conference at Morris Arboretum in Philadelphia on Thursday.

Much of the press conference focused on his record before becoming attorney general.

As a state representative for his hometown of Abington, the first bill Shapiro worked on was Growing Greener II, an open space preservation law. While chair of the Montgomery County Board of Commissioners, he added to the trail system and reduced the county’s energy use by half, he said. And also bought electric cars for the county’s fleet of vehicles.

As governor, Shapiro promises to take Pennslyvania from 8 percent renewable energy consumption to 30 percent by 2030 and put the state on the path to “net zero emissions” by 2050. He also promised to remedy lead pipes in older cities, and make sure kids who live near factories can “play in their backyards.”

“I played a lot of defense in the Office of Attorney General,” said Shapiro. “But I’m ready to play some offense.”

Shapiro derided the nine Republicans running for governor as “cut from the same cloth.”

“They have no plans to be able to address public health and public safety. If anything, their plans exacerbate the problem,” he said. “They want to give industry a free pass. I’ve been very clear. I don’t give industry a free pass. We hold the powerful accountable, those powerful, well, they’re the ones backing their candidacies. How are we ever going to be able to have faith in them to ensure our safety and wellbeing in Pennsylvania?”

Asked where he stands on fracking, Shapiro does not oppose it but would require companies to adhere to laws.

“We cannot accept the false choice of choosing between environmental justice and the dignity of work and energy opportunity,” said Shapiro. “I think we can have all of those things and we should have all of those things in Pennsylvania. We can be a leader in energy and not just with natural gas but with renewable energy…making sure we have responsible fracking in the commonwealth.”

Asked about high gasoline prices, Shapiro proposes giving a $250 rebate per car to residents, at an estimated cost of around $2 billion, though Shapiro’s campaign disputes that figure.

He also proposes capping abandoned wells to cut methane emissions, which he claims would create jobs.

Asked why they endorsed Shapiro rather than Christina “PK” Digiulio, the Green Party candidate for governor, Katie Blum with the Conservation Voters said, “We were proud to stand with Pennsylvania’s leading environmental advocates and offer a historic joint endorsement for Josh Shapiro to serve as our next governor. Josh is the only candidate in the race with a proven track record of holding polluters and corporate special interests accountable. And his platform is focused on protecting Pennsylvanians’ rights to clean air, pure water and open space while building a clean energy economy that creates union jobs and powers us into the future. We need a champion who can win and who, once in office, will fight for Pennsylvania families and not the special interests. And that person is Josh Shapiro.”

Nathan Benefield, senior vice president with the Commonwealth Foundation, a free-market think tank, was not impressed.

“Embracing environmental extremists and their radical agenda is another poke in the eye to Pennsylvania workers, especially those relying on family-sustaining jobs in our energy sector, and a slap in the face to consumers already struggling to pay their bills because of rising energy costs,” said Benefield. “These radical environmental groups, funded by out-of-touch liberal endowments, work to shut down pipelines and LNG facilities, preventing Pennsylvania natural gas from reaching markets, and enriching Russia and Putin.”

He added, “Attorney General Shapiro needs to rethink how he seems to be using his office for political gain rather than protecting Pennsylvania families.”

Dave Taylor, president of the Pennsylvania Manufacturer’s Association, was not surprised that those organizations would endorse Shapiro.

“Gov. Wolf is doing the bidding of the radical Greens. Attorney General Josh Shapiro could have stopped it and didn’t.”