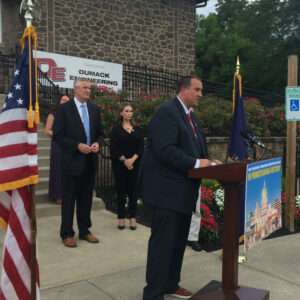 Pennsylvania House Republicans are promising the most transparent redistricting process the commonwealth has ever had. That was the message of their press conference in Richboro on Monday.

Redistricting, which takes place every 10 years after the U.S. Census is taken, redraws the lines of congressional and legislative districts in every state. Because of the Democrats’ narrow five-vote margin and the GOP’s surprisingly strong performance at the state level, it’s possible Republicans could take control of the U.S. House due to redistricting pick-ups alone.

“Nationally, the GOP could pick up five to six seats after the lines are drawn,” said Christopher Nicholas, a veteran Republican consultant with Eagle Consulting Group in Harrisburg. “But that’s a long ways away.”

At the press conference, officials promised public participation in the process this time around.

“Engaging in redistricting is one of the most important processes the legislature will undertake,” Republican Leader Kerry Benninghoff (R-Centre/Mifflin) said. “From the beginning, at both the state and federal levels, the House Republican Caucus has said we are committed to a fair, open, and legal process to draw new district lines to preserve our ideal of ‘one person, one vote.”

“The coming slate of hearings, the publicly accessible website, and the ability for Pennsylvanians to submit their own maps and communities of interest clearly makes this effort the most transparent congressional redistricting in Pennsylvania history. The work that will be put into this by the House State Government Committee shows our caucus’ commitment to a process-oriented approach that is reflective of the people’s voice,” Benninghoff added.

Rep. Wendi Thomas (R-Richboro) said she has proposed legislation two years in a row to make sure the redistricting process is transparent.

“This new process will prevent extreme partisan gerrymandering and provide greater accountability,” said Thomas. “In these divisive political times, many people have lost faith in the political system. It’s critical that we have an open system as much as possible, one that’s as transparent as possible.” 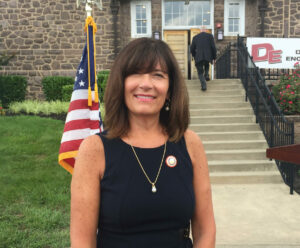 A new website, www.PaRedistricting.com, will let citizens keep track of redistricting information, comment, and even draw their own maps once data from the Census is available.

The officials also plan to hold hearings on redistricting around the state, with the first to be held Capitol in Harrisburg with an overview of reapportionment from 9 to 11 a.m., followed by a hearing to receive stakeholder input from 1 to 3 p.m.

“Government should be transparent and that starts with how district maps are drawn,” Grove said. “At a time when public trust in government is low, it is vital that the voices of the people are heard. In that vein, the Congressional Reapportionment process being undertaken by the Pennsylvania House of Representatives will be the most transparent in Pennsylvania history.”