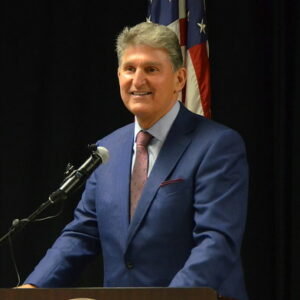 As Politico’s Jonathan Lemire reported the news, “The stunning decision by Sen. Joe Manchin on Sunday to announce his opposition to Biden’s Build Back Better legislation handed the president a stinging defeat.”

The headline at Rolling Stone magazine was even more brutal: “Joe Manchin Just Tore Out the Heart of Biden’s Agenda.”

Manchin made the announcement on Fox News, repeating his concerns about inflation, the national debt, and the surge in COVID-19 cases.

“I’ve tried everything humanly possible. I can’t get there,” Manchin said.

In an unusual move, the White House responded by attacking Manchin’s credibility, suggesting that he has been less than forthcoming about his position on the legislation.

“Sen. Manchin’s comments this morning on Fox (News) are at odds with his discussions this week with the president, with White House staff, and with his own public utterances,” said presidential spokeswoman Jen Psaki, “Just as Sen. Manchin reversed his position on Build Back Better this morning, we will continue to press him to see if he will reverse his position yet again, to honor his prior commitments and be true to his word.”

Pennsylvania Democrats didn’t hold back their criticisms of their fellow party member from the Mountain State.

“All year I have said that Democrats should vote like Democrats and actually deliver for the American people,” said Lt. Gov. John Fetterman, a Democratic U.S. Senate candidate. “If I was in D.C. I would proudly vote for this bill. If you trust me with your vote in 2022, you’ll always have mine in Washington D.C.”

Montgomery County Commissioner’s Chair Val Arkoosh, another Democrat in the Senate primary, tweeted: “Build Back Better marks the most significant climate action ever and meaningful investment in working families. Pennsylvanians and Americans are expecting us to act. And something is deeply wrong in Washington when one senator can block that progress.”

Including Manchin, there are at least 51 votes against the Build Back Better bill, and political pundits believe there are more Democrats, like Sen. Kirsten Sinema of Arizona, who would also oppose the legislation if it came to the floor in its current form.

For Delaware Valley Democrats in the House of Representatives, Manchin’s decision is particularly problematic. They have already voted for a more progressive version of the bill that included controversial policies on state and local tax breaks, green energy, and illegal immigration.

“The Build Back Better Act is not the President’s agenda. It’s the people’s agenda,” tweeted U.S. Rep. Chrissy Houlahan (D-Chester). “This package includes policies that center on American workers, families, students, and the only planet we have—it’s worth fighting for.

“In my few short years down in Washington, I’ve come to understand that legislation like BBB can be much like Schrodinger’s cat-when you think it’s alive, it’s dead. When you think it’s done, it lives. It’s not over until it’s over. It’s too important to look away and give up the ghost.”

“Congresswoman Scanlon is disappointed in Senator Manchin’s statement that he is not willing to support the Build Back Better Act, as the policies contained in the legislation are very popular with her constituents: making the richest Americans pay their fair share, lowering the cost of expenses that keep most Americans up at night (such as child care, health care, and prescription drugs), and making long overdue investments in family leave and our veterans health care,” said Lauren Cox, a spokeswoman for Scanlon (D-Delaware Co.). “She stands by her vote and intends to continue working to pass laws that will enable all families in her district to fully participate and succeed in the 21st century economy.”

Her fellow House member, Rep. Conor Lamb (D-Allegheny), tweeted: “I voted for Build Back Better once in the House, & would absolutely vote for it again in the Senate. The only question in this #PASen primary is who you think can beat the Republicans to get there. I’ve done that before, too.”

Lamb is also running in the Democratic Senate primary, as is State Rep. Malcolm Kenyatta (D-Philadelphia), who took to Twitter with a personal message.

“Both of my parents had diabetes. I watched my mom ration insulin routinely because she had to choose to either cover the rent or get a refill. Because of how much she loved her kids, she chose us,” Kenyatta wrote.

“I buried her when I was 26. Passing BBB isn’t hypothetical to me and so many. In the U.S. Senate you can bet your ass I’d be fighting like hell to deliver on this transformative agenda.”

Although Build Back Better has strong support among Democrats, except Manchin, it was unpopular among the general public, according to Scott Rasmussen.

“At a time when 92 percent of voters see that inflation is a serious problem, most agree with Manchin that the president’s plan would have made things worse,” according to a Rasmussen poll. “The survey also found that 56 percent believe the Build Back Better plan being considered by Congress will make things worse by increasing inflation. Just 14 percent think that legislative plan will help by reducing inflation.”

And what will it mean to Democrats in swing states like Pennsylvania hoping to win races in Harrisburg and Washington, D.C.?

“The Build Back Better plan was sold to progressives as inevitable but included so many unpopular provisions that it was unsupportable,” Rasmussen told Delaware Valley Journal.
“The voters who are most enthusiastic at this moment are those who prefer Trump-like policies. The only bad news in polling for Republicans at the moment is that the election is not being held today.”