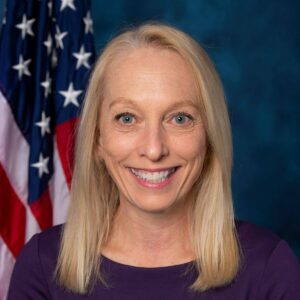 Democrats in Pennsylvania’s congressional delegation hope the infrastructure bill just approved by the House will eliminate the “pothole slalom.”

“It’s been so long that the idea of ‘Infrastructure Week’ has become a really sick, national joke,” Rep. Mary Gay Scanlon (D, PA-5) said on a press call organized by the Democratic Policy and Communications Committee. “But it really is infrastructure week in Washington.”

The U.S. House approved a sprawling $715 billion package filled with funding for traditional infrastructure repairs and upgrades to roads, bridges, water, and sewer systems. There is $100 billion for freight and passenger rail, although Scanlon said House Transportation and Infrastructure Committee Chairman Peter DeFazio (D-Ore.) said they hoped there will more focus on rail funding through negotiations for a final bill.

Just two Republicans, including the Delaware Valley’s Rep. Brian Fitzpatrick (PA-8), backed the Investing in a New Vision for the Environment and Surface Transportation (INVEST) in America Act,  despite a number of GOP members who secured funding for projects in their districts. Democrats on the Policy and Communications Committee call all spoke of the $15 million to $20 million in projects earmarked for their local communities.

Scanlon said she secured funding for seven projects, including redesigning a “dangerous” rail crossing in Darby, upgrading commuter transit stations at Marcus Hook, creating bike lanes, and fixing the “axle-bending, tire-rattling” potholes throughout the commonwealth. She and Rep. Dwight Evans (D, PA-3) secured funding to revamp Cobbs Creek Parkway, which runs along the border of Philadelphia and Delaware County.

“It’s one of the most dangerous corridors in our region, and the site of hundreds of crashes and fatalities year after year,” she said.

Despite the opportunity to earmark funding for projects for the first time since 2011, Republicans stood nearly united against the bill that they say takes focus away from modernizing roads and bridges to push aspects of the Green New Deal.

“At every turn, the majority has ensured that infrastructure programs become climate change programs,” said Rep. Tom Cole (R-Okla.). “New environmental mandates, Green New Deal-like provisions will snarl construction projects. Provisions that prioritize mass transit over roads will force rural districts like my own to spend funding in ineffective ways rather than on the road improvements we so desperately need.”

But Rep. Brian Boyle (D-Pa.-13) said during the call that the bill is a “historic opportunity” to tackle climate change “in a real and meaningful way.”

“We need to go big and be bold,” he said. “Opportunities like this don’t come around too often.”

Rail industry advocates are worried about the NVEST Act’s regulatory burdens on freight rail, mandating the size of crews on freight trains that, thanks to technology, can be operated almost entirely remotely.

These Democrats pushed aside that complaint pointing instead to increases in funding for commuter and passenger rail. Amtrak alone would see its funding tripled to $32 billion while a grant program that could be up to $30 billion could be used for high-speed rail projects.

“There are an awful lot of commuters who would benefit tremendously from this,” she said. “In the Monroe County portion of my district, people are taking the bus to New York on a regular basis. These are long, grueling bus rides. It would really make a difference for those folks, their cost of transportation, and their ability to sustain their livelihoods.”

It remains to be seen how the INVEST Act will fit with the $1.2 trillion infrastructure deal reached between President Joe Biden and a bipartisan group of senators.

DeFazio (D-OR) suggested dealmakers rely on his committee’s work and bills already passed by the Senate’s Commerce and Environment and Public Works committees given the time constraints of getting a bill to the White House before other priorities like the budget take priority.

Despite a bipartisan agreement in the Senate, questions remain as to how infrastructure spending will be paid for with Democrats eyeing tax hikes and Republicans adamantly opposing such actions.

“We can either pay now or pay more later,” Boyle said. “The costs to repair our roads, fix our bridges, fix our water and sewer systems, and dig up old, dangerous lead pipes – that’s not going to get any cheaper the longer we wait; in fact, quite the opposite.”