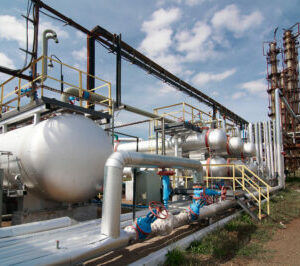 When it comes to U.S. natural gas production, there could be a new sheriff in town.

After years of leading in natural gas output, Texas is in danger of losing the top spot, according to data from the Energy Information Administration.

“Pennsylvania is right on the heels of Texas, the nation’s top gas producer, because the fundamentals of the Marcellus and Utica shale plays are strong, pipeline capacity has improved, and producers and midstream operators continue to make efficiency gains,” said David Callahan, president of the Marcellus Shale Coalition told the Pittsburgh Business Times.

Thus far this year, Pennsylvania’s produced 3.15 trillion cubic feet of natural gas vs. Texas’s 4.118 tcf. It’s the closest the gap has ever been, industry officials said.

Pennsylvania’s gains with its shale drilling in the Marcellus and Utica basins would not be possible without the steeper decline in Texas, where investors have increasingly abandoned the Permian basin during the pandemic.

“The reason Marcellus is winning at this point is a lowering of investment in Permian, thereby constricting the production of natural gas in Texas,” Max Pyziur, a natural gas expert with the nonpartisan Energy Policy Research Foundation, told the Delaware Valley Journal.

In 2014, Texas oil drilling and natural gas experienced an earlier hit due to overproduction, scaring off investors who stopped getting an adequate return of capital on their investments. Pyziur said this problem carried into the pandemic and has worsened.

As a result of Texas’ lowered investment and production, the Marcellus-driven resurgence of East Coast drilling – once dominant in the era of the Rockefellers – has global implications for the U.S. as a major exporter of natural gas.

“It drives up global prices and affects supply-demand balances,” Pyziur said. “From the supply side, you’re constricting supply because of lowered investment and production in the Permian. On the demand side, China and the European Union want more natural gas because Europe has implemented aggressive carbon-neutral policies, stricter greenhouse gas policies to push out coal.”

The net result is good news for Pennsylvania, including the Delaware Valley.

“What many people don’t realize is that Delaware River and Bay region benefits from the energy resources being developed in northern and western Pennsylvania,” said Lisa Himber, acting president of the Maritime Exchange for the Delaware River and Bay. “We have seen those benefits firsthand over the last decade and anticipate it to continue. Investments in infrastructure are driving growth locally by making our region more attractive to new businesses and helping existing industries remain competitive in a global marketplace, all through lower energy costs.”

“It doesn’t matter whether you live on a family farm in western Pennsylvania or in the more urban and industrial areas of Philadelphia and its surrounding counties, every community in our commonwealth benefits as a result of our growing role in the U.S. energy revolution. This abundance of natural gas has helped to save consumers billions of dollars in annual energy costs, improved air quality through the transition to cleaner-burning fuels for power generation, and boosted our economy through investments in energy infrastructure and supporting industries,” Snell said.

The overall increase in natural gas production is also a boon to the nation’s economy, one some fear President Joe Biden is going to undermine with his new energy policies.

Myron Ebell, who directs the Center on Energy and Environment at the libertarian Competitive Enterprise Institute’s Center on Energy and Environment, said the potential economic benefits of the state’s shale production are substantial “to the natural gas industry’s ability to find ways to keep lowering production costs in the face of low gas prices.

“Unfortunately, there are dark clouds on the political horizon. The Biden-Harris administration and the Democratic Congress are pursuing policies that would destroy America’s oil and gas industry while raising electric rates and gasoline prices for consumers.”

Max Sarinsky, a senior attorney for the left-leaning Institute for Policy Integrity at NYU School of Law, said he hoped states like Pennsylvania – which control most drilling regulations and tend to be friendlier to it than the federal government – will follow the Biden administration’s example of curtailing fossil fuel development while ramping up renewable energy production.

“States that want to improve public wellbeing should be competing to produce the most renewable energy, not natural gas,” Sarinsky said. “Natural gas warms the planet, damages the environment, and causes harm to local communities, while renewable energy is cheaper than ever and currently employs hundreds of thousands of Americans.”

Sarinsky added the International Energy Agency has concluded that “it is critical for governments to immediately halt fossil-fuel development in order to avoid the most dire impacts of climate change.”

Texas gas production may take another hit in the wake of Hurricane Ida, which shut down 90 percent of the industry in the Gulf of Mexico and sent energy futures soaring. Whether there will be lingering impacts from the storm remains to be seen.