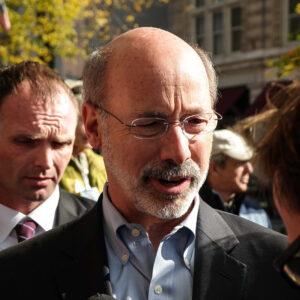 “We have a responsibility to all students, parents, and taxpayers to fix our broken charter school law,” Wolf said. “Every child in Pennsylvania deserves a high-quality education that prepares them to succeed in life, but our current law lets some charter schools perform poorly at the expense of students enrolled in traditional district schools.”

Wolf claims the regulations would save school districts some $395 million by reining in charter school costs, protect students by holding low-performing charter schools accountable, and increase transparency of for-profit companies that manage charter schools. Taxpayers spent $2.1 billion on charter schools last year. Between 2013 and 2019, 44 cents of every $1 of new property taxes went to charter schools, according to the Pennsylvania Association of School Business Officials.

But the decision to take action outside the legislative branch through regulation has encountered serious resistance.

“It’s rulemaking, which really isn’t something we have seen in Pennsylvania,” said Marc LeBlond, a senior policy analyst with the Commonwealth Foundation, which promotes free-market policies.

The governor’s office recently released a six-point plan that would change Pennsylvania charter schools through executive regulation alone. It includes changing financial and auditing standards, proscribing ethics and enrollment standards from the state, deciding how disputes are handled between charter and public schools, and state regulation of employee health care requirements.

“School choice is a popular position among parents,” said Lenny McAllister, chief executive officer of the Pennsylvania Coalition of Public Charter Schools. “Governor Wolf is on the wrong side of education history on this.”

McAllister said the governor’s recent action would be damaging to the state’s charter schools. Both McAllister and LeBlond are skeptical that Wolf is not trying to improve charter schools, but suspect he may be only taking direction from public school unions.

Meanwhile, Wolf’s spokeswoman released this statement: “Bipartisan legislators and the governor are supporting a common sense and fair plan to address the state’s broken charter school law which is causing the cost of charter and cyber charter schools to rise out of control and increasing the burden on local property taxpayers.

The other change creates a single cyber school tuition rate of no more than $9,500 per regular education student, reflecting the actual cost of an online education by higher-performing cyber schools. Currently, cyber schools charge school districts between $9,170 and $22,300 per student, while Intermediate Units only charge $5,400 per online student. A fair statewide rate ensures taxpayers are not overcharged, saving $130 million a year. Since many charter schools are also managed by for-profit companies, the plan also addresses needed transparency and accountability measures.”

Public input on the regulation by Pennsylvania citizens is limited to a 30-day comment period that ends October 18. Pennsylvanians can provide comments by emailing [email protected] .Wolf expects the regulations to be in place by 2023.

Both McAlister and LeBlond believe the best way the state’s charter schools should be reformed is through legislative action.

“I think as we approach the upcoming period of legislation and students have entered a new school year I’d like Gov. Wolf to ask what’s going to help these kids?” LeBlond said. “They’ve really been through a difficult time. All this political gamesmanship has to stop.”

Matthew Liptak is a news, feature, and content writer and editor from Maryland. He wrote this for Delaware Valley Journal.