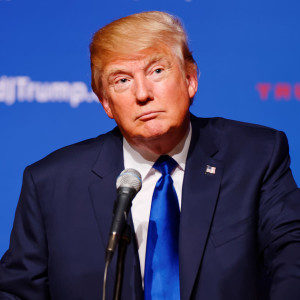 At first look, it’s easy to see that Monday’s ruling by a federal judge finding the business closures and lockdowns by Gov. Wolf’s administration as unconstitutional is a black eye for the Democratic governor, and a huge win for Republican lawmakers.

It is certainly all of that.

The ruling will also serve as a warning to other governors, possibly even some mayors, about how to proceed — with caution, deliberation, and especially collaboration — when putting forth rules for their constituencies as the pandemic continues to unfold.

But don’t be surprised if this ruling quickly becomes a presidential campaign theme.

We all know the Keystone State will live up to its nickname, and will be a pivotal state to the outcome in the Electoral College.

With that in mind, the Trump team would be foolish not to take Judge Stickman’s ruling and tack it on to the nascent “law and order” theme he is already building.

Stickman’s conclusion reads like red meat to conservatives, and may also read the same way to some independents who are still on the fence about how they’ll vote this November.

“The liberties protected by the Constitution are not fair-weather freedoms — in place when times are good but able to be cast aside in times of trouble,” Stickman wrote. “There is no question that the Country has faced, and will face, emergencies of every sort. But the solution to a national crisis can never be permitted to supersede the commitment to individual liberty that stands as the foundation of the American experiment.”

Oh, did I mention, Stickman was appointed by President Trump?

This is not to suggest that Stickman was doing the president’s bidding in his 66-page ruling, or that he was simply being a member of “Team Republican.” Go through the ruling yourself and you’ll see that the judge gave all elements of the complaint a fair hearing and thorough judicial scrutiny. He did his homework.

Furthermore, you’ll see that the Wolf administration was incredibly sloppy. The governor didn’t even have anything that approximates a definition for “life-sustaining” versus “non-life-sustaining” when using those terms to shut down some people’s livelihoods leaving others were unaffected.

All the same, Stickman is the Pennsylvania poster boy for what many on the Right believe is the greatest achievement by the Trump presidency: Picking conservative judges. Trump has stocked the judiciary with judges philosophically inclined to see limited government as the natural default, an achievement that will be difficult, if not impossible, for a President Biden to undo.

It is the kind of ruling that one might think could even lure some anti-Trump Republicans back into the fold. Even if that lure is temporary, what does Trump care?

There were so many pivotal events leading up to the 2016 upset: the Wikileaks emails, the Access Hollywood tape, James Comey’s decision to re-open the investigation into Hillary Clinton’s emails.

But after more distance from the election was gained, more pundits came to see the untimely death of Supreme Court Justice Antonin Scalia as an underrated part of that constellation.

With Scalia’s death, and with Trump’s naming a list of judges who would be on his SCOTUS short-list, enough skeptical Republicans may have been lured to cast a one-time vote for Trump based on judicial philosophy alone. It’s why two words — But Gorsuch! — became a simple campaign for Trump supporters in the early years of his presidency, and later became a phrase of disgust for Trump’s detractors.

In national importance, Stickman’s ruling can not equal the death of a long-serving Supreme Court justice, especially one as influential as Scalia.

But the president doesn’t need that. Trump just needs the ruling to be influential enough to win Pennsylvania’s 20 Electoral College votes, which it may be.