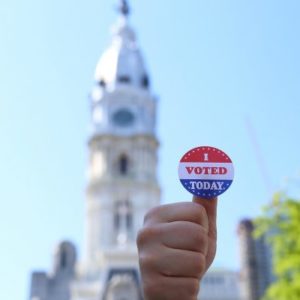 OPINION: On Election Day, Bad Things DO Happen in Philadelphia

“Vote early, vote often.” This was the old adage for voting in Philadelphia. It was said jokingly by family, friends and neighbors when I set out to vote in my first election in November of 2004.

MoveOn.org was stationed at my polling place in Northwest Philadelphia to “inform” incoming voters throughout the day, and keep exit polling tabs on the people voting.

In 2020, Pennsylvania Democrats have shortened the phrase to simply “Vote Early.”

The phrase is heard on the radio airwaves, on broadcast television and especially before you’re able to skip the ads on YouTube that display the Liberty Bell ringing.

So, what constitutes voting early in Philadelphia?

Last week, the first seven of the city’s “satellite” election offices opened throughout the city proper. The in-person mail-in voting offices are a place that allow the city’s residents to register to vote, request a mail-in ballot and receive their mail-in ballots.

In late 2019, election law changed to expand mail-in voting in the Commonwealth. Mail-in-ballots under this new law could not, however, be counted until election day.

In Mid-September, the PA Supreme Court granted a three-day extension for mail-in-ballots to be counted while adding “drop boxes” for voters to drop off their mail-in-ballots.  In Philadelphia, an “agent” can also drop off a separate individual’s Mail-in-ballot if that voter is “physically unable to personally submit their Absentee or Mail-in Ballot” (PhiladelphiaVotes.com).

The CTCL is financially supported by companies like Google, Facebook, Knight Foundation and Rock the Vote, and claims to “connect Americans with the information they need to become and remain civically engaged, and ensure that our elections are more professional, inclusive and secure.”

If the satellite voting locations in Philadelphia are places where individuals can physically cast their vote, then these offices should be subject to poll watchers from the Biden and the Trump campaigns to ensure ballots aren’t being tampered with or discarded.

Already in Luzerne County, PA, nine military ballots were opened and then cast into a dumpster outside of the election office.  It was confirmed seven of these ballots were cast for Donald Trump.

This gem of a sound bite was in reference to a poll watcher for the campaign being denied entry into one of the city’s new satellite voting offices.  Later in the week, another poll watcher was forcibly (but peacefully) removed from the location in City Hall.

Nick Custodio, deputy to Commissioner to Lisa Deeley (D) claims that the “satellite offices are not polling places,” words echoed by the other Philly Commissioners, including Republican Al Schmidt.

While Mr. Trump could have phrased this more eloquently, so too can the city’s commissioners who have still yet to explain how the satellite voting offices are not places where physical votes are being cast. And why aren’t Trump poll watchers allowed to observe?

On November 2, 1999, Philadelphians set off to cast their votes in the mayoral election that would decide who would be the successor to Ed Rendell.

Sam Katz, a (very) moderate Republican, gained a fair amount of traction with Democrats in the city of Philadelphia and was mounting the party’s first formidable challenge to the Democrats’ candidate John Street.

Street was coming off a bitter primary victory, but had strong union support from Local 98 and their “Business Manager” John Dougherty.

Johnny Doc reportedly sent his crew around the city on election day to deliver pretzels and water to Democrat volunteers and dispatched union members to confront poll workers for Sam Katz about a pro Katz ballot that was being distributed at some locations.

While Doc told them “not to use force,” Local 98 members went around forcibly snatching the “Katz” ballots from poll workers and physically blocking entry to polling locations.

In May of 2020, U.S. Attorney for the Eastern District of Pennsylvania William McSwain announced charges against Domenick DeMuro, a judge of elections in South Philadelphia. DeMuro was being paid $300.00 to $5,000.00 to “stuff” ballot boxes (inflate vote total counts) in elections in 2014, ’15 and ’16.  He was literally standing in the voting booth and voting repeatedly during slow periods on election day.

My first question, as I’m sure is the question of many other voters in Philly is: How were these results certified from this specific polling place when the vote counts on the machine exceed the amount of voters listed in the book?

My second question is why it took four years to find out and charge DeMuro for stuffing ballot boxes?

I love my city. I was born, raised and proudly reside in the city of Philadelphia.

Each neighborhood is unique and a mosaic of culture with deep roots.  Philadelphia is the cradle of liberty, and our food is way better than yours.