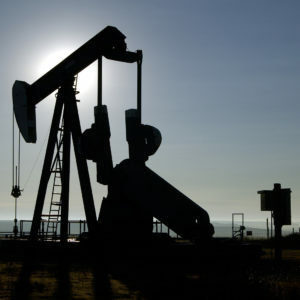 NEWTON: How Can Oil and Gas Prepare for a Low-Carbon Future?

The oil and gas industry is critical for economic activities around the planet. It also happens to be a grave existential threat to the future habitability of Earth. As this sector reckons with energy transitions and shifts in public opinion and regulatory action, the question remains: What will the industry look like as it prepares for a low-carbon future?

COVID-19 coincided with a drop in demand for oil that reached a deficit of 30 million barrels per day during the pandemic. This marked the worst downturn in 70 years. Today, the industry is in a state of ongoing recovery. These are some of the actions oil and gas companies must take to secure their place in a world increasingly gripped by the high-stakes energy transition.

Fossil fuel divestment is a real trend, which means attracting investors must still be a top focus for oil and gas executives. Even with shocks to demand for natural gas and petroleum, nations still need reliable energy sources in the short term as sustainable energy infrastructure comes into focus.

That means energy companies must prove themselves good stewards of existing and proposed infrastructure projects. The wildfires in California were one example of a consequence of poor stewardship. The hit to public relations for the public-private entities involved will be years in the making. Investors who spend their money using an environmental, social and governance perspective look for companies that also share the long view.

Other companies keep themselves profitable amid saturated markets by spotting when governments in emerging markets are ramping up investment in public projects. They then jump on the opportunities that arise.

Given the state and speed of change, these entities should become as nimble as possible. Companies must be willing to shrink underperforming assets or projects as well as grow to capitalize on emerging opportunities.

Scaling up or down at this precarious moment means using technology. The dual pressures of high demand and expectations for low oil prices mean drillers and other entities must make the most profitable use of existing assets.

Some estimates say connected technologies, like sensors and drones to automate pipeline inspections, are the key to the industry’s short-term prosperity and ongoing relevance. Climate control and energy distribution systems use complex components like boilers and miles of pipeline – and data collection makes it possible to keep a digital eye on it all, even with distributed infrastructure and limited personnel.

Such technologies could add $250 billion to oil and gas operations by 2030, according to McKinsey. Here, like with other industries, technology can maximize shrinking or uncertain margins.

Some of Earth’s biggest oil and gas companies are swiftly adding renewable energy projects to their portfolios. British Petroleum, Shell, Repsol, Royal Dutch and many others have added their clout and material resources to pursue more robust eco-friendly systems.

Repsol, a Spanish petrochemical and energy concern, finds itself a major stakeholder in offshore wind farms. Another European energy company, Total, outright purchased SunPower a couple of years ago and swiftly turned its new subsidiary into one of France’s most quickly rising solar companies.

The companies best prepared to make these smooth transitions will be the ones still doing thriving business a decade or two from now.

Oil and gas companies, and the general public, can hasten the transition to a clean-energy future by lobbying government officials for higher spending on green public works projects and greater public investments in clean energy.

In the United States, President Biden’s Build Back Better initiative includes “once-in-a-generation” investments in clean energy to cut national emissions to around half their 2005 levels by 2030.

Nations are prioritizing powering homes and businesses alongside cutting emissions. Oil and gas companies that can help do this will enjoy prime positions for government contracts, tax breaks and other perks. The writing on the wall – and in presidential executive actions – says the environment is a top priority for governments going forward.

The World Economic Forum reported in 2019 that the people of Earth had reached a watershed moment in the transition to clean energy. Since then, wider adoption of sustainable living, a global pandemic and greater acceptance of anthropogenic climate change have created a worldwide call for cleaner living. Manifesting a low-carbon future for Earth is possible. It will also take some limited expansions of existing oil and gas infrastructure in the short term, coupled with good stewardship of all the rest.

Emily Newton is an industrial journalist with over 5 years experience. She regularly covers industry trends as Editor-in-Chief of Revolutionized. She wrote this for InsideSources.