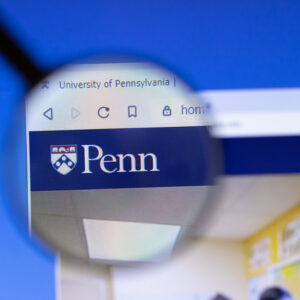 A recent brouhaha over a resolution on anti-Semitism on the University of Pennsylvania campus has drawn concern among students and in the Jewish community. Recently, UPenn’s student government tabled a resolution endorsing an internationally recognized definition of anti-Semitism, after pro-Palestinian activists objected.

Yarden Wiesenfeld and Samuel Kim, both seniors, had submitted the resolution asking university officials to adopt the International Holocaust Remembrance Alliance’s [IHRA] definition of anti-Semitism: “A certain perception of Jews, which may be expressed as hatred toward Jews.”

Students from the Penn pro-Palestinian group Against the Occupation opposed the resolution, claiming it would block them from using the word “apartheid” to describe Israel.

Wiesenfeld and Kim responded to questions from Delaware Valley Journal below. The comments have been edited slightly for clarity.

Why did you propose this resolution? Why is it necessary and important to adopt a resolution to define anti-Semitism?

Anti-Semitism is on the rise in the U.S. and Pennsylvania. In 2019, there were 2,107 anti-Semitic incidents across the U.S., a 12 percent increase from the previous year. This rise is even more concerning in Pennsylvania (22 percent from 2018 to 2019), which ranks as the state with the fifth-highest number of anti-Semitic incidents in the country. Just as racism against other minority groups can take many forms, so, too, can anti-Semitism. For this reason, we believe that it is important that UPenn takes a more proactive approach to educating students on anti-Semitism. Currently, the university has no criteria for how to identify acts of hate against certain minority groups, besides stating in its Code of Student Conduct that, “The University condemns hate speech, epithets, and racial, ethnic, sexual and religious slurs.”

Have there been instances of antisemitism at UPenn?

Anti-Semitism takes many forms on UPenn’s campus today. The most recent and blatant attack on the Jewish community was in late January when a former anthropology professor used a Nazi phrase and salute in a virtual archaeology conference. However, Jewish students are the target of more subtle forms of discrimination. This includes the distortion or omission of historical facts about Jews by professors, disregard for religious observances when scheduling major events such as commencement, and social media posts seeking to incite violence against and silence pro-Israel students.

How does this definition of anti-Semitism involve the state of Israel, if at all, and can criticism of Israel be anti-Semitic? In what context?

IHRA’s non-legally binding working definition of anti-Semitism does not mention the state of Israel. IHRA provides contemporary examples in public life, the media, schools, the workplace, and in the religious sphere that could, taking into account the overall context, be regarded as anti-Semitic. Some of these examples discuss anti-Israel activity. The IHRA definition cannot–and should not–be used to censor criticism of Israeli policy; in fact, IHRA explicitly states, “criticism of Israel similar to that leveled against any other country cannot be regarded as anti-Semitic.” The definition serves to help identify when anti-Israel activity represents a form of anti-Semitism. This includes denying Israel’s fundamental right to exist, a statement that is viewed by 85 percent of American Jews as anti-Semitic. Another example is the application of exclusive standards to the Jewish state “not expected or demanded of any other democratic nation.”

Why the IHRA definition? Why not other definitions of anti-Semitism, like the Jerusalem Declaration on Anti-Semitism (JDA)?

The IHRA definition is the most broadly accepted definition of anti-Semitism within the Jewish community nationally and globally. It has been endorsed by the UN.  It has also been adopted by 31 countries, embraced by all American presidential administrations since its creation (Obama, Trump, and Biden), and passed by student governments at over 20 colleges across the country – from NYU to Georgia Tech to UC Santa Barbara to the University of Minnesota. Thus, it is the definition of anti-Semitism that is most broadly agreed upon in contemporary society.

The JDA definition reflects this political leaning in the way it clearly outlines some forms of anti-Semitism while using exclusionary language to excuse others. Additionally, its signatories include some people with histories of anti-Semitism.

Why did you choose to bring up this proposal through the Undergraduate Assembly (UA) as opposed to other channels? Why was the UA the channel of choice for advocating for the proposal to UPenn administration?

This resolution is intended to be used as an educational tool for students – it is not legally binding, does not censor, and does not provide policies for how to address anti-Semitic incidents. Therefore, we were seeking support from the student body in this effort.

Are you satisfied with the outcome of the UA meeting? Do you think the UA would take up a similar bill in the future?

In refusing to even bring the IHRA definition to the table, the Undergraduate Assembly cited a lack of “authority or education to define systems of inequality.” However, this is not about defining ‘systems of inequality’—it is instead aimed narrowly at preventing future acts of hate and intimidation against Jewish students on campus. It is concerning that this forum was not able to take a clear stance against anti-Semitism in the UPenn community.