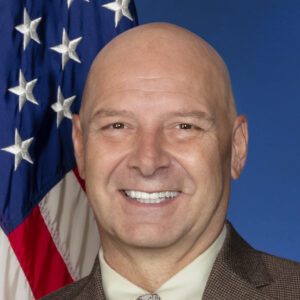 With just a week to go before the May 17 primary, state Sen. Doug Mastriano is far ahead of the others in the GOP race for governor.

A Trafalgar Group poll put the Franklin County, Pa. Republican at 27.6 percent, followed by former Congressman Lou Barletta at 17.6 percent. Delaware County businessman Dave White was in third at 15 percent, and former U.S. Attorney Bill McSwain was fourth at 14.4 percent. The other candidates were in the single digits while 11.3 percent remain undecided.

The poll of 1,080 Republican voters had a 2.99 percent margin of error. It was conducted May 6-8. The Trafalgar Group is rated by the data analysts at FiveThirtyEight as one of the most accurate polling firms in the country. 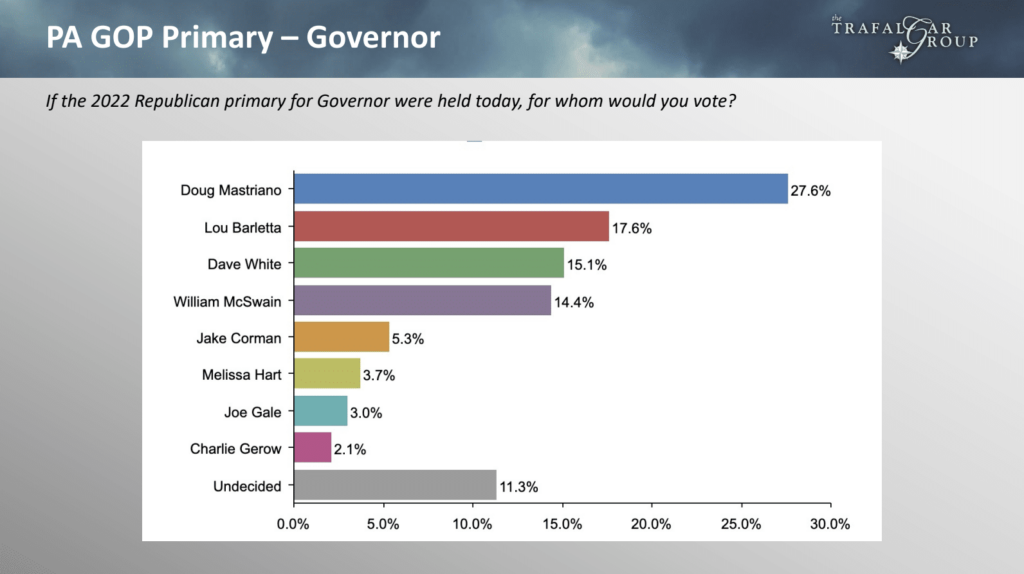 GOP consultant Charlie O’Neill said, “The only poll that matters is on Election Day. With a very large field, this race is still anyone’s game. I also have noticed that enthusiasm on the ground doesn’t always seem to match these polls. Candidates like Charlie Gerow are attracting lots of attention and attendees at campaign events–much higher than this poll would indicate.”

Before Mastriano became a state senator, he served 30 years in the Army and retired as a colonel.

“The recent Trafalgar poll has our campaign with a double-digit lead over all the other candidates is evidence that the people do not want to settle,” Mastriano said. “The people want a fighter. Someone who stood with them through the dark times of the shutdown. It’s a clear choice between proven leadership or more of the same. We will win next week, and we will win on November 8 to restore freedom.”

But the Barletta campaign said not to write them off yet.

“Lou Barletta has run the biggest and best grassroots campaign in Pennsylvania history and the data that we see shows that Lou is the best candidate to beat Josh Shapiro,” said Barletta advisor Tim Murtaugh. “Shapiro is running TV ads trying to boost the Republican he knows he can beat [Mastriano] and we must not let a Democrat interfere to choose a candidate we know will lose in November.”