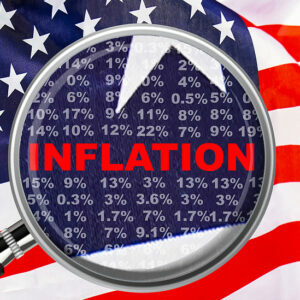 The Pennsylvania Democratic Party’s push to put abortion and gun control on the top of the midterm ballot suffered a severe blow when June’s inflation figure came out Wednesday morning: 9.1 percent.

The Consumer Price Index (CPI) jumped 1.3 percent in a single month, a higher increase than economists were expecting. Even the core CPI, which does not include food or gas prices, rose 0.7 percent month to month, also higher than projections.

“There is absolutely nothing good in the CPI report,” said economist Jason Furman, a top advisor to President Barack Obama. “Core CPI rose at a 9 percent annual rate in June. I expect that to come down, but how much? Coming down to 6 percent would be both a large decline but also a very high rate.”

Republicans put the blame squarely on the Biden administration.

“One year ago this week, President Biden’s reckless stimulus checks began flooding the economy, and we are seeing the result: Inflation is raging and getting worse, forcing massive pay cuts for American families,” said Ways and Means Republican Leader Rep. Kevin Brady (R-Texas). “Now congressional Democrats and the president are determined to make inflation even worse with $1 trillion in new tax hikes in a dangerous ‘slimmed down’ Build Back Better package. Raising taxes on local businesses and farmers as our country faces a recession is crazy and will drive prices even higher.

Biden pushed back, releasing a statement dismissing the report as “out of date” and taking credit for “30 days of decreases in gas prices, that have reduced the price at the pump by about 40 cents since mid-June.”

According to the Energy Information Administration, the average price for a gallon of gas is currently around $4.77. When Biden took office, it was $2.39, or twice as expensive.

Pennsylvania Republicans also pointed the finger at Biden and his Democratic allies.

“Today’s inflation report is shocking and devastating for American families. This should be the final nail in the coffin of any additional spending binges by the Biden administration and Democrats in Congress, which would only make this disastrous situation even worse,” said U.S. Sen. Pat Toomey (R-Pa.)

“Now, John Fetterman’s radical policies to increase spending and crush energy production would make inflation even worse, and we would be suffering it a lot longer. Pennsylvanians deserve better than more failed career politicians. It’s time for change.”

“Not because we don’t all realize how bad it’s been, as we keep losing ground with each paycheck. It’s frightening because the reports confirm how bad it is, that it’s going to get worse—and, worse yet, this reminds us that Houlahan, Biden, and Pelosi seem unwilling or unable to do anything about it.”

“Gasoline prices are at multi-decade highs while the crude oil prices that should dictate prices aren’t even at back to the levels they reached in 2015 and energy companies are producing record profits! We’re fighting to pass legislation to empower the attorney general to fight price gouging,” Nelson said.

State Sen. Tim Kearney (D-Delaware/Chester) also laid the blame on forces beyond the Biden White House. “The war in Ukraine spiking gas and diesel prices, the lack of enough housing driving rents and home prices up, and supply chain delays from China’s lockdown and other global disruptions are the main culprits behind U.S. inflation.

“Democrats have been pushing for a gas tax holiday to cut the cost of goods and travel, creating a better environment for businesses to restore manufacturing jobs from China back to Pennsylvania, and stabilizing and increasing our housing stock by enacting the Whole Home Repairs Act and $375 million  in affordable housing development in our state budget.”

Fetterman, in keeping with his progressive views, blamed big business for inflation.

“Dr. Oz won’t stand up to the special interests and corporate executives who are raising prices on us, but I will. I am going to go to Washington to fight to bring down prices. We need bold action now to make more s**t in America, fix our broken supply chains, and take on corporate greed to bring down the cost of everything, for everyone,” Fetterman said.

The challenge for Democrats, particularly incumbents like U.S. Reps. Chrissy Houlahan and Mary Gay Scanlon is that they voted for the $3 trillion of spending in the American Rescue Plan and the bipartisan infrastructure bill. They also voted for an additional $5 trillion of spending in the original Build Back Better bill. Most economists agree additional federal spending added to higher inflation.