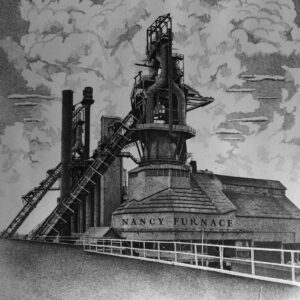 NorthPoint Development, the developer that bought the historic U.S. Steel’s Fairless Works site in late December, has many plans to create relationships with the Bucks County and Falls Township community, as well as the school district after being approved for a Keystone Opportunity Improvement Zone (KOIZ).

NorthPoint plans on building a warehouse and distribution campus throughout the site, with buildings sizing over 1.5 million square feet of space which they will then sell to big companies they have relationships with, according to Falls Township Supervisors Chairman Jeff Dence.

Dating back to the 1700s, the site used to be farmland until it was bought by U.S. Steel in the 1950s. It then became one of the biggest steel operations in the world, bringing thousands of jobs to the area.

“The township has a very big connection to U.S. Steel,” Dence said. “Fairless Hills and Levittown were built around the steel mill for people to work at the steel mill. I think it means a lot that it’s going to be something again more than just an empty closed down steel mill.” 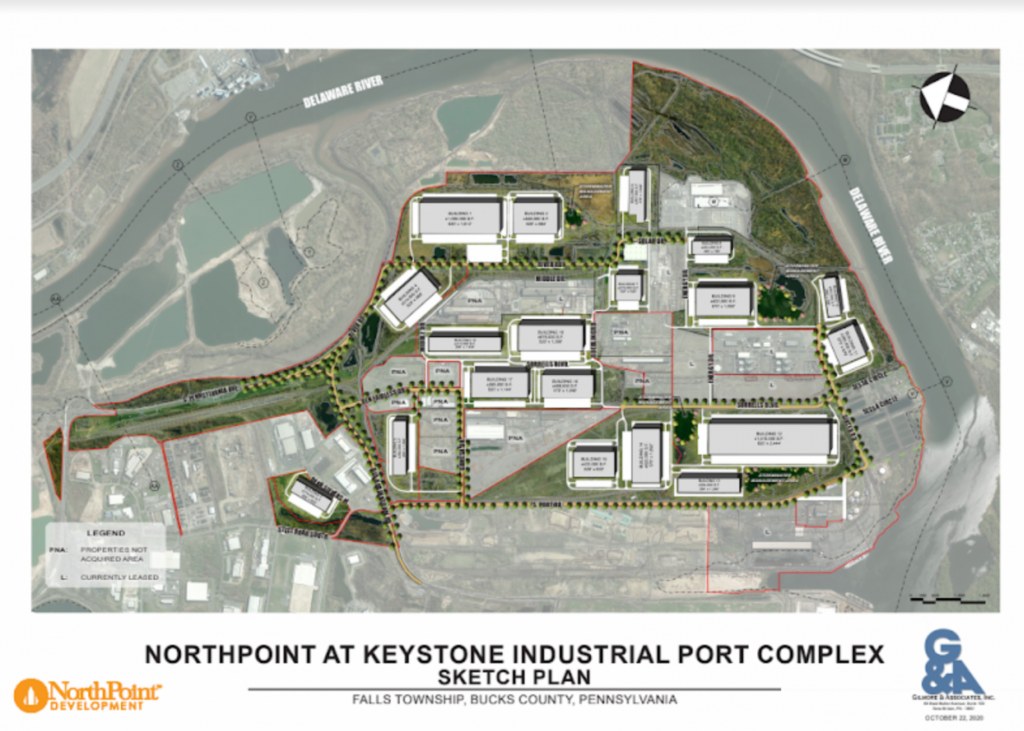 Bucks County Commissioner Dianne Ellis-Marseglia has a lot of connections with the U.S. Steel site, knowing many people who worked there.

“My father worked at U.S. Steel and I remember sitting in the car when my mom drove and picked him up from work,”  Ellis-Marseglia said. “My ex-husband and a large number of people I went to high school with worked there as did their fathers. Hence the closing of U.S. Steel and the long failure to develop the property has been heart wrenching to me.”

The site made a big impact on the economy in Falls Township and Bucks County. It brought both direct jobs for those working in the steel mill and indirect jobs by bringing people to Falls Township to shop, eat at restaurants, buy houses and so on.

However, due to cheaper land and labor in the south, a steel mill in southeastern Pennsylvania wasn’t able to compete, and the mill started to close down in the early 2000s.

“The steel operation started to kind of close down and really by the late 1990s/early 2000s it was basically gone,” said Bucks County Commissioner Bob Harvie. “It was just a couple minor steel operations happening. A couple hundred people.”

In order to get more businesses on the site, the county, school district and township all voted and agreed on the KOIZ, a state program that, if approved, creates a tax free zone so businesses don’t have to pay income, property or sales taxes. The hope is the taxes are made up by other economic activity.

“For example, if a business comes in and they aren’t paying any property taxes but they start employing hundreds of people and they start making money and start buying property and buying homes and they are paying more property taxes, then it’s going to offset. You aren’t going to be short changing yourself as a taxing entity as a government,” Harvie said.

But this KOIZ didn’t bring in as much business as everyone had hoped. Harvie said that had to do with “poor leadership by U.S. Steel” so in the end, after the KOIZ expired, the company decided to sell the site.

“It’s a major thing, a company that’s owned that site for about 70 years deciding that they were done doing what they could do there,” Harvie said. “I guess they felt like it had run its course. So they put it out to bid and there were a couple different development companies that came in. NorthPoint was the one they went with.

NorthPoint was approved by the school district, the county, and the township for KOIZ status after promising to help make sure they make up the lost taxes in community contributions.

Some of the ideas NorthPoint had for staying connected with the community was partnering with the Bucks County Community College and the school district for internships and scholarships.

“They have a very good program in the school district, the Pennsbury Partners Program where they look for corporate sponsorships and partnerships and have people come into their schools and work with kids to help them learn about their surroundings and help fund some programs the schools do and I think that is all going to happen in a big way with whatever companies that comes in.”

Another promise was that NorthPoint is going to hire local labor to build the warehouses, creating an economic impact in the county that doesn’t happen if labor is hired from out of state.

“Obviously there’s a ripple effect to that on housing prices and the real estate market and more people doing the shopping they still need to do with grocery stores and restaurants,” Harvie said. “I think it could be one of the biggest economic booms in the lower part of the county in a really long time.”