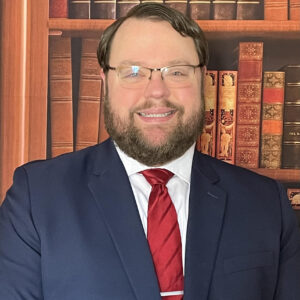 Following a months-long search for the ideal candidate, Chester County Commissioners Marian Moskowitz, Josh Maxwell and Michelle Kichline have appointed Erik Walschburger as Deputy County Administrator. He will support County Administrator Bobby Kagel in the supervision and direction of all county government programs and administrative operations.

The Commissioners noted that Walschburger has earned his new responsibilities through his outstanding efforts for the county.

“Erik has distinguished himself in his leadership role at the District Attorney’s Office, and we anticipate that he will help us bring greater control and cost efficiencies to the departments he will oversee,” the commissioners said.

“The county’s population has grown by 60 percent since 1980, and that growth has brought new challenges in the areas of public safety, affordable housing, public health, and land use, among others. These issues are placing greater demands on the County Administrator’s Office. Having a deputy administrator back in place, especially a person of Erik’s caliber, will help us be more proactive and strategic in assuring we serve our residents at the highest level.”

Currently, County Administrator Kagel has 21 department heads reporting to him. By adding Walschburger, he will have fewer direct reports. The change will allow him to devote more time and attention toward working with the commissioners on critical issues like trying to reopen two recently closed county hospitals and ensuring that elections run smoothly.

“I look forward to collaborating with Erik in service to our community,” Kagel said. “He is very familiar with the workings of county government and has demonstrated over the past decade-plus that he possesses the skillset required to help me fulfill our office’s responsibilities.”

Walschburger received his law degree from Widener University after graduating from Temple University.