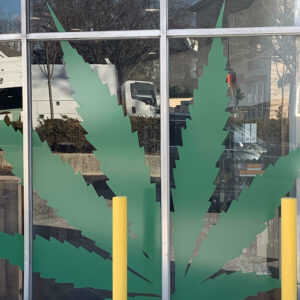 Radnor residents were surprised and outraged at the sudden opening of a store on Lancaster Avenue in Wayne that sells CBD and kratom, two substances that have surged in popularity in the last decade.

Many citizens came to the Board of Commissioners meeting Feb. 14 and said they strongly oppose the store, which is a few blocks from St. Katharine of Siena School and Radnor Middle School. However, township solicitor John Rice said the store opened without first obtaining the proper permits and has been shut down–for now.

One woman read a letter signed by 88 people, including business owners, in opposition to the store. The Mayo Clinic website warns Kratom is unsafe, she said.

“Having this store in our community normalizes drug use,” she said. Kids had immediately noticed the signs and taken selfies with the large marijuana leaf to post to their Instagram pages. She asked the BOC to make sure the store stays closed.

Clark Engle agreed and asked why the BOC had not proactively written ordinances to ban that sort of business. He noted officials had previously discussed a marijuana dispensary and a clean needle exchange, so they should have known the dangers of permitting undesirable business entities to take root in the township.

“I don’t want this in my backyard or anywhere on the face of the earth,” he said. “These utopian ideas don’t work. Just take a look at San Francisco.”

The business, St. Louis-based CBD Kratom, is expanding its reach with new locations in the Philadelphia area.

“In October 2021, we signed a lease for the former Starbucks facility after doing due diligence with Delaware County and Wayne Business Overlay District (WBOD),” said Dafna Revah, company vice president, told the Delaware Valley Journal. “Unfortunately, Radnor Township requirements were not identified by our team. I strive to live by our core values, which include responsibility, and which is why I take full ownership of this oversight. As always, we strive to be part of the communities we serve, which is one of the reasons we chose this facility in South Wayne. It was utilized as a previous training facility for Starbucks and the space provides us with a golden opportunity to have a permanent educational space for both us and our community.” 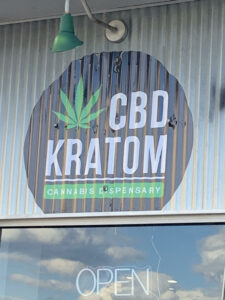 Kratom, a substance which many of its critics and even proponents liken to ‘legal heroin,’ has been met with controversy in many states. Some states, like Alaska, Arizona, and California offer only limited access to the compound.

Other states, like Alabama, Arkansas, and Indiana have gone as far as banning it entirely. In Pennsylvania, as in many other states, it remains a legal substance that can be easily found in most tobacco stores and head shops. Even gas stations are known to carry the substance. Kratom is a tree in the same family as coffee and can be found in both Southeast Asia and Africa. Its leaves exhibit psychoactive properties that can be compared to either stimulants or opioids depending on the dose consumed.

According to health.harvard.edu, “Kratom can be addictive due to its opiate-like qualities, and a small minority of users end up requiring addiction treatment. The CDC claims that between 2016 and 2017, there were 91 deaths due to kratom, but this claim should be greeted with skepticism, as all but seven of these casualties had other drugs in their system at the time of death, making it impossible to uniquely implicate kratom.”

Proponents of kratom argue the drug is a safer alternative to many opioid pharmaceuticals often used to treat heroin withdrawal symptoms. Skeptics are not convinced, pointing to dire consequences for some who ingest the substance.

“Caleb Sturgis, 25, of West Chester, died on June 27 after he drank tea made with kratom, according to the lawsuit against SoCal Herbal Remedies the Inquirer reported in 2019.” Sturgis then proceeded to crash his car on the Pennsylvania Turnpike in Chester County, but the coroner ruled his death was from ‘acute mitragynine intoxication,’ the active ingredient in kratom.”

In an email to constituents, First Ward Commissioner Jack Larkin said, “It’s my understanding that CBD Kratom did not apply for permits from the township to begin operations. I’m told it has no certificate of occupancy, no plumbing and electrical permits, no business license, and maybe a half-dozen other defects in its permitting.”

While the store is purporting to be a dispensary, Larkin pointed out that, “CBD Kratom doesn’t seem to actually sell medical marijuana or hold a permit to do so, so it may be using the term in its colloquial sense, or in order to create confusion as to what exactly it sells.”

CBD, or cannabidiol, is a non-psychoactive ingredient of marijuana often used to treat epilepsy and a wide variety of other ailments.

”It’s closed. They were told they could not open without permits. They need permits,” said Rice.