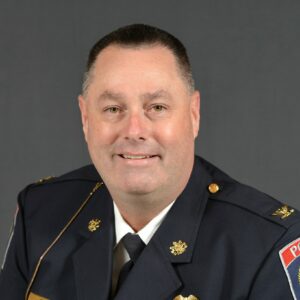 During the Pennsylvania Chiefs of Police Association’s annual conference on July 24-27 at the Kalahari Resort in the Poconos, David Splain will be sworn in as the 2022-2023 president, succeeding Chief David Steffen, chief of Northern Lancaster County Regional Police Department.

“I’m honored to represent law enforcement across the commonwealth and carry on the noble work of President Steffen,” said Splain. “We remain committed to upgraded training and recruitment for our police departments serving cities, townships and boroughs across our great state. I’m humbled by the support of my colleagues.”

The Pennsylvania Chiefs of Police Association is a professional organization of more than 1,000 chiefs of police and other executives of police, public safety and private law enforcement organizations across the Commonwealth of Pennsylvania. Its mission is to promote excellence in service and expertise in law enforcement and public safety services, to advocate for Law Enforcement leaders, and to provide innovative programs and training for our members. The association’s goal is to be regarded as a world-class resource for professional Law Enforcement leadership and a respected voice for Pennsylvania’s law enforcement community.