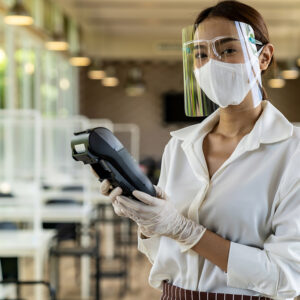 Hoping the worst days of the COVID-19 pandemic are in the past, the National Restaurant Association sent a letter to state governors asking for a year’s pause on any new restrictions that may be implemented, after months of stringent and sometimes haphazard regulations.

The lockdown last spring, and the ever-changing guidelines over the summer and fall —  culminating with another ban on indoor dining last December — were crushing blows to businesses across the Delaware Valley.

While there’s been a slight loosening of restrictions in 2021, at restaurants like Zia Maria Italian Eatery & Pub, crowds haven’t returned to normal. “A lot of people, I don’t know if they just don’t know we’re open, so it’s been pretty slow,” said front house manager Brandi Moran.

Moran added that takeout orders have been steady, but it’s nowhere in comparison to even December when their outdoor heated deck had a line out the door. “We’re just trying to get through until the sun comes out,” she said.

For Christine Kondra, owner at Cornerstone Bistro & Artisanal Market in Wayne, the return to indoor dining meant little. She invested in an outdoor dining space in response to the pandemic. “We have no intention to go back inside any time soon,” said Kondra.

The outdoor space was great in the summer, but it’s been even better as the months of lockdown and social distancing have dragged on. “We have a waitlist every single Friday and Saturday.” Kondra added, “We have had an amazing community. This community has carried us through everything.”

But Cornerstone’s success does not mean the restaurant’s worries are over. “We did not escape it.” Kondra says they invested “tens of thousands of dollars” to open the outdoor space and stay afloat.

“Overall it was a rough year,” said Moran. She cited outside factors as well like virtual schooling keeping people home and the fact that “people don’t have as much money right now” as reasons that contributed as well to the pain.

With these stories representing tens of thousands of restaurant owners across the country, the National Restaurant Association is proposing the one-year halt on any new regulations. The letter addressed to National Governors Association Chair Andrew Cuomo (D-N.Y.) defines regulations as mandates “that would add increased costs, administrative burdens, or operational complexities for restaurants or would in any other way negatively impact the industry.”

Kondra supports the association’s position and added she considered wage hikes a part of that request. She also voiced concerns with a proposal in Congress to eliminate tipped wages. “That is crippling and devastating… Guests want to come in here and they want to tip.”

But with vaccines now in distribution and more and more people getting shots every day, there is hope better days aren’t too far away. Moran says reopening their deck will “be a brighter spot for us, and I think that will happen soon.”

“We all need to be vigilant,” said Kondra. “We’re getting there, but we’re not there yet.”