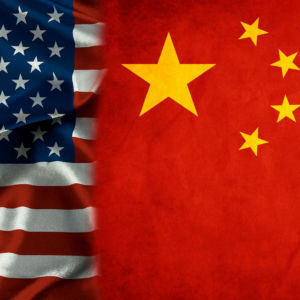 China is the principal challenge to U.S. economic and political leadership in the world. With activities such as the Belt and Road Initiative, China is continuing to expand its influence economically and militarily with an eye on replacing U.S. leadership and Western democratic values with its own brand of statism. The challenge is seen in Beijing’s IP theft, culpability in the COVID-19 pandemic, aggressive behavior in Asia, disregard for human rights, and predatory economic practices.

Bringing China into the world economic and political order was done with the best of intentions across multiple U.S. administrations, both Democratic and Republican. The idea was that their increased participation in the global marketplace would bring China into the mainstream and drive internal reforms benefiting everyone. This has not happened. Instead, it has produced a military and economic juggernaut with little interest in maintaining the values we cherish.

The hope was also that globalization would benefit the American public by reducing costs and lifting more people up into the middle class. Cheaper goods would equal more disposable income for the average American, and more money to save.

The reality is that globalization has shipped the very jobs that allow that ascendancy to the middle class to China.

As global business leaders, in their search for higher earnings and larger profit margins, essentially outsourced the world’s supply chain to Beijing, we are left with the problems we see every day, from shortages of key industrial inputs to thinly stocked shelves.

By single threading the global supply chain, we have put China in the driver’s seat of the world’s economy. Even the basest components of items built in other countries are now sourced from China.

By taking away manufacturing jobs from the U.S., we make the population less financially stable, and drive wealth further into the pockets of a foreign adversary and in the US, an elite class.

Additionally, this is an urgent national security situation: With critical telecommunications gear, IP enabled security cameras, mobile phones, and other key components of 21st-century infrastructure manufactured in whole or in part in China, the global community has placed us all at the mercy of the whims of a “frenemy”.

At best, the global supply chain is at risk of the impact of disasters and pandemics on a country where hundreds of millions of people live below the poverty line; at worst, we have wrapped the world economy in dynamite and handed a potential foe the trigger. Imagine if China’s government, which centrally controls all businesses in that country, decided to stop producing cell phones or modems, or the parts that allow those devices to function? The result would be catastrophic for our internet-based economy.

The China challenge requires a strong U.S. response which I will work towards as a member of Congress. This response should include::

Mao Zedong said, “Communism is a hammer which we use to crush the enemy,” The United States can no longer allow itself to be a nail. Strong, clear-eyed leadership is required to address the China challenge.