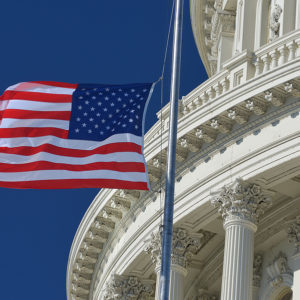 Radical change is a rallying cry for the far left in Congress.

Just six months ago the Democrats in congress passed a partisan $2 trillion liberal wish list cloaked under the veil of COVID relief.

Now that same liberal majority is putting a generation of Americans at risk and on the hook to pay for their $1 trillion infrastructure package – a bill that redefines the very meaning of the word “infrastructure” in order to bankroll a “Green New Deal” agenda on the backs of taxpayers – and a $3.5 trillion budget resolution that fundamentally changes the role of government in the average American’s life.

What the left doesn’t seem to comprehend is that America never asked for any of this. The U.S. economy is not on life support. Though passing this extreme overreach of government and radical vision of its role in our lives may well put it there.

The fact that liberal leadership in Washington believes that Democrats are governing with New Deal supermajorities is worse than incorrect; it’s delusional. The Senate is split 50-50; if more than three Democrats defect in the House, their bills fail.

Elections that generate the kind of razor-thin margins Democrats are navigating today are not a unified call for fundamental change. In fact, spending on such an astronomical scale as inflation rockets past 5 percent (the highest it’s been in more than a decade) and compromising the ability of families and workers to make ends meet, is a recipe for economic calamity.

Pennsylvania is sitting on billions of dollars in revenue surplus and billions more in unused federal aid dollars. In the last 12 months alone Congress sent more than three-quarters of a trillion dollars to states and local governments. They’re just now figuring out what to do with it all.

Why isn’t this money being directed to local infrastructure projects before checks are written for trillions more?

Liberals in Congress believe wholeheartedly that more reckless spending and government intervention is what Americans want; I’ll tell you right now, it’s most definitely not what America needs or deserves.

What we do deserve is better than our current failed leadership. From the handling of the pandemic, to the management of our southern border, from the heartbreaking bungling of America’s retreat from Afghanistan, to the disastrous spike in inflation and violent crime across the country on their watch, we all deserve better than this dangerous agenda and the liberals in Congress who enact it.

We deserve a pro-growth economy that offers good jobs and opportunities for all Americans, not unemployment checks and industries outsourced to China. And we deserve elected leaders that will put the American people first, not a radical partisan agenda.