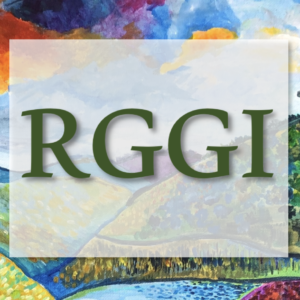 MORRIS: RGGI is Good for Our Economy and Our Health

As America continues to recover from the economic downturn, good jobs are something that everyone can agree upon. Senator Yaw and Martin’s recent op-ed offers a false choice that pits jobs against the climate.

The reality is that the Pennsylvania DEP’s modeling estimates that from 2022 to 2030, participating in the Regional Greenhouse Gas Initiative (RGGI) would lead to an increase in Gross State Product of nearly $2 billion and a net increase of over 30,000 jobs. Pennsylvanians could see a cumulative increase in Disposable Personal Income of $3.7 billion by 2050. Investments in energy efficiency and renewable energy under RGGI can also help to lower electricity bills for Pennsylvanians.

RGGI limits carbon pollution because the program helps to reduce dirty power generation and incentivize clean energy. Climate change is the most critical environmental threat confronting us, and given that power generation is one of the largest contributors to greenhouse gas emissions, it is time to take immediate steps to reduce emissions. Participation in RGGI is the single most important action Pennsylvania can take right now to drive such reductions.

Besides being good for our economy, RGGI is good for our health. The reduced sulfur dioxide and nitrogen in the air will benefit those most often impacted by poor air quality, such as children and at-risk seniors, especially in low-income and environmental justice communities. Through 2030, it is estimated that RGGI will lead to 30,000 fewer hospital visits for respiratory illnesses like asthma, and prevent up to 639 premature deaths from respiratory illnesses.

There is no reason for Pennsylvania to continue to invest in polluting industries that harm our health and our climate when solutions already exist.

Pennsylvania can transition from an extractive fossil fuel-based economy to a more equitable and regenerative clean energy economy. We need more climate leadership from Harrisburg, instead of defense of the status quo.

Jackson Morris is the Eastern Region Director of Natural Resource Defense Council's Climate & Clean Energy Program, and he is a resident of Lewisburg, Pennsylvania. He wrote this for Delaware Valley Journal.