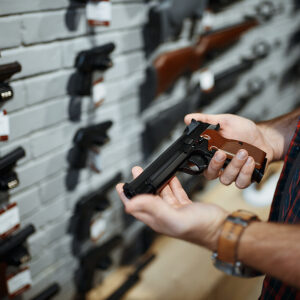 During last year’s COVID pandemic, gun purchases soared in Pennsylvania and across the Delaware Valley as measured by the number of gun permits issued. The exception: Philadelphia, where permits fell.

And yet it was in Philly that crime soared, while violence remained relatively low in the four collar counties.

So, why is crime not surging in the suburbs like it is in the city?

In 2020, gun carry permits rose by 25 percent in Pennsylvania, and in the city’s collar counties they rose a similar 22 percent, meaning nearly 6,800 more permits were distributed in the suburbs in 2020 than in 2019. However, in the city itself, permits fell by 19 percent.

Part of that was because the city was slow to start processing applications after the COVID-lockdown pause. But the figures remain stark: Even with fewer people becoming legally allowed to carry guns in 2020, Philadelphia still experienced a 40 percent jump in homicide victims, and is currently experiencing a 34 percent increase compared to the time last year.

“The evidence we’ve seen thus far indicates the [increased] violence is not driven by new gun owners,” he said, “but, rather, violence has driven people to buy guns for protection.”

However, license distribution figures may not be the best use of data to measure the gun-violence connection, some argue. Rafael Mangual, senior fellow for the policing and public safety initiative and deputy director of legal policy at the Manhattan Institute think tank, said “the distribution of carry permits doesn’t necessarily indicate access to firearms.”

“I don’t think there’s any literature that correlates gun licensing to rises in crime,” said a knowledgeable source on the issue of gun violence in the Pennsylvania Attorney General’s office. They attributed this to the fact that very few criminal actors who use guns have licenses to carry them legally.

Michelle Conte, an inspector with the Delaware County Sheriff’s office, agreed. “You have to take into consideration how many crimes that are being committed in the city are being done by people who aren’t authorized, legally, to carry firearms.”

Once again, the issue is where the guns are going. People don’t necessarily buy firearms in the county where they live.

The source added specific examples they were seeing during the pandemic to explain their argument. “Criminals were accessing [COVID relief] money through fraud, and one of the things they were doing was going out and buying massive amounts of firearms.”

Essentially, they subscribe to the idea that when there are more guns in the system, there is more opportunity for criminal activity to go on. But Mangual does not think that checks out.

“The problem with that argument is that generally speaking the data seems to show a pretty significant time lag between the initial purchase of the firearm and the recovery of a firearm at the crime scene,” he said. This in his eyes means a rise in sales is not leading to an increase in crime, as the firearms recovered from the scene were purchased years before this surge occurred.

Mangual added, “Unless there’s this huge new movement of straw purchasers buying guns on behalf of gang members and then getting them into those hands immediately, it’s not clear to me that a huge portion of those gun sales are the result of this demand on the part of criminal actors.”

Instead of rising sales, Mangual instead blamed things like more lenient prosecution policies and downsizing police forces as the reason for the increase in crime.

Another data point on gun ownership and crime: North Dakota, Vermont, New Hampshire, Maine, Rhode Island, and Wyoming all have murder rates that are under one murder per 100,000 residents, the lowest in the nation.

Two of those states, Wyoming and New Hampshire, also have the highest rates of gun ownership, according to data from Pew Research. Rhode Island, along with New York, has the fewest gun owners per capita.

So with the surge in gun owners, how have the suburbs avoided the surge in crime like the city is experiencing? Conte thinks it’s because of the hyper-localized policing that goes on in the collar counties. “It’s a help we have municipality police to do grassroots police work,” she said.

“Police work is 110 percent community policing. You know the residents, the trouble spots, trouble people, so I think it would be more because we have a presence,” Conte added. “Philadelphia is just so large and there is so much going on I just don’t think they have the manpower to deal with the situation.”