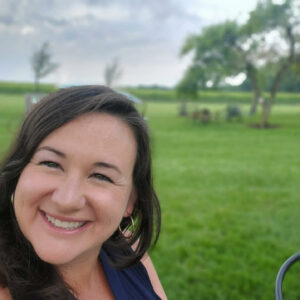 More Funding and Services to Victims of Childhood Sexual Assault

A report by the National Institute of Justice showed three out of four children who were sexually assaulted were abused by someone they knew well. It is a situation Family Support Line board member Danielle Yoch of Delaware County understands too well.

Yoch is a former FSL client and told her story to Delaware Valley Journal in hopes of bringing awareness to the issue.

A new Delaware County $2 million grant aims to help victims struggling in the aftermath of abuse, bringing the expertise of the Joseph J. Peters Institute (JJPI) to Delaware County. That organization, based in Philadelphia, is one of the few offering treatments for the entire cycle of abuse, from the victims to the parents, to those who show signs of Problem Sexual Behavior (PSB). It will partner with the Family Support Line (FSL). Located in Media is the Child Advocate Center for Delaware County. It offers various services such as comprehensive prevention programs, specialized treatment, professional training, and advocacy.

The executive director of JJPI, Ivan Haskell, and the executive director of FSL, Sarah Gibbons, came together to find the gaps in treatment that were missing in Delaware County. The collaboration resulted in the recent grant from the Substance Abuse and Mental Health Services Administration (SAMHSA), which will allow JJPI and FSL to add new services to victims and those who portray PSB.

“There is no Joseph J. Peters Institute equivalent in Delaware County,” Haskell said, “and [FSL] would refer [families] to Philadelphia, but most families weren’t willing to make the trip. We’re in Center City so it’s a little bit of a hassle to get here. So we started to think, ‘Hey, maybe we can potentially partner so we can actually be at your location.’”

The statistics for child sexual abuse are staggering. According to the Crimes Against Children Research Center studies, one in five girls and one in 20 boys are victims of childhood sexual assault. Children are often the abusers and they require treatment as well, which can be forgotten when dealing with the victim of the abuse, Gibbons said.

“This [grant] fills a huge gap. With one-third of our kids, the alleged abuser is a child themselves. So, in these cases, we usually see it’s somebody who’s part of the familial group, whether it’s a cousin, or brother or sister, so oftentimes law enforcement doesn’t know what to do. Because they are exhibiting problematic youth sexual behaviors, but it’s not necessarily deemed as abuse in the formalized way as we see it, where there is an adult perpetrator that is committing a crime.”

Yoch said parents or other family members don’t always help in incest cases. Once her father walked in on an instance of the abuse. Although threats were made to take her uncle to the police it never happened and the abuse continued.

“So, a lot of failures in the family system allowed for that to happen,” Yoch said. “And so with my father catching him and not doing anything, I sort of internalized like, ‘Well, I guess they don’t really care about this.’ So, I just didn’t do anything. I didn’t feel like I could do anything.”

Eventually, Yoch believes she aged out of the abuse. Her younger sister became a target for the abuse as well. Yoch also said she didn’t recognize it as abuse until she was an adult.

“When I was 20, I had my first intimate relationship in college and I started having flashbacks. That was a time when you’re sort of separating from your parents anyway and I started seeing that maybe these people weren’t making the best choices. So, when I graduated [at age 21], I started going to therapy.”

While Yoch was an adult by the time she reported the abuse, her younger sister and her parents could use the services of FSL to heal.

“Family Support Line has been around almost 35 years,” Gibbons explained, “and we started off as an agency that provided treatment services and support to families that had been affected by childhood sexual abuse. So, it started off as a mental health agency and then five years ago we got the accreditation to be a Child Advocacy Center. So, that’s another one of our programs. Now we are a holistic organization that from start to finish helps with child sexual abuse all around.”

In addition, FSL provides prevention education to the community. They also provide treatment to victims, and with the collaboration from JJPI, they’ll be able to help the entire family heal.

“The other thing that we’re adding that nobody else in Delaware County is doing is the treatment for the children who have a problem with sexual behavior themselves,” Haskell added. “We offer an evidence-based therapy for that called Problem Sexual Behavior Cognitive Behavioral Therapy so that will be new to the county. JJPI is actually one of only two providers in the whole Philadelphia region that offers that.”

The grant also includes additional funding for translation and transportation services. It will be used to help families that may have trouble getting to the office in Media, as well as for families where English isn’t their first language.