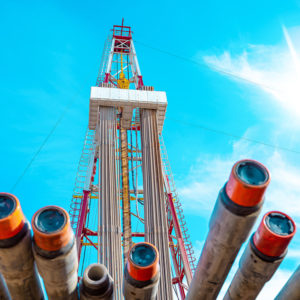 MOONEY: Was Fracking to Blame for PA Democrats’ ‘Faceplant?’

Despite President-elect Joe Biden’s victory in Pennsylvania, Democrats down ballot did not fare so well on Election Day. As a Broad+Liberty piece points out, state-level Democrats’ attempt to take over the Legislature resulted in a “faceplant” that saw them lose House seats, row offices — and even their House minority leader.

How to explain Biden’s success at the top of the ticket, but Democrats’ failure below? Energy policy is part of the answer.

All Pennsylvania voters have benefited from the “Natural Gas Revolution,” which has contributed to America’s energy independence and made the commonwealth No. 2 (after Texas) in natural gas production.

But out of the gate, Biden made negative comments about the oil and gas industry during the Democratic primary, claiming he would “transition away” from it during a presidential debate.

After becoming the nominee, however, he famously “flip-flopped” on fossil fuels, doing his best to backpedal and attempt to convince voters he had only meant an end to fossil fuel subsidies.

Pennsylvania Democrats, on the other hand, failed to follow his lead, going all-in for energy regulation. That includes Gov. Tom Wolf — along with congressmen and state legislators from his party — who spent this election season threatening to raise Pennsylvanians’ energy prices by joining the Regional Greenhouse Gas Initiative (RGGI), which would impose job-killing carbon taxes in the middle of the COVID-19 pandemic.

The Industrial Energy Consumers of Pennsylvania, a major manufacturers’ trade group, estimates the minimum financial impact of RGGI at $275 million per year as an added cost to energy producers, not counting the expense of purchasing cap-and-trade emission permits.

Many whose jobs depend on the energy industry resent Wolf jeopardizing their livelihoods by pushing anti-energy regulations without legislative approval.

For example, members of the Boilermakers Local 154 labor union, who officially endorsed a Republican for president for the first time this year, hosted a state Senate hearing at their Pittsburgh office and made the case against Wolf’s extreme RGGI plans. They were joined by another union concerned about energy jobs, IBEW Local 129.

For these unions, Wolf made himself the face of attacks on their industry. Weeks before the election, the governor vetoed legislation that would have forced him to earn approval from the General Assembly before joining RGGI. The “carbon tax” that RGGI imposes on electricity production gets passed on directly to energy consumers through higher prices.

Although President Trump and Biden both claimed to advocate hydraulic fracturing, or “fracking,” Biden’s support for the drilling innovation was often ambiguous — especially during the Democratic primary. Ultimately, Pennsylvanians associated him with “green energy” regulation, likely because of his fellow Democrat Gov. Wolf.

This reality must be at least partly responsible for Democrats’ heavy losses in Pennsylvania. Traditionally Democratic voters balked at candidates with anti-energy platforms, even those — like defeated House Minority Leader Frank Dermody — who have spent decades in office. In voters’ minds Wolf became a proxy for the Democrats’ down-ballot candidates.

Meanwhile, Trump, and Republicans generally, continued to make inroads where the natural gas industry has had a transformative impact on the economy.

Election returns show Trump received about 350,000 more votes in Pennsylvania in 2020 than he did in 2016. The county-by-county results also show Trump leading Biden by substantial margins in areas where the Democratic presidential candidate had a clear advantage only a few election cycles ago. In Beaver County, for instance, Trump won almost 60 percent of the vote.

Biden may have eked out a win despite his mixed messaging on fracking and fossil fuels, but the “blue wave” that many pundits expected his victory to generate never appeared. It seems Democrat voters forgave Joe Biden for his careless words but could not forgive his colleagues for their economy-killing policies. 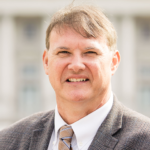 Kevin Mooney is an investigative reporter for the Commonwealth Foundation, Pennsylvania’s free-market think tank. He also writes for several national publications based in Washington, D.C. This article was first published at BroadandLiberty.com, and can not be republished without their express consent.