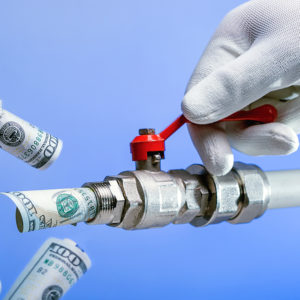 NORRISTOWN – The Montgomery County Board of Commissioners passed a nearly $462 million budget for 2021 Thursday morning, marking an almost eight percent increase from 2020. To increase revenue in a year where federal and state funds are a question mark, the commissioners voted to increase real estate taxes by five percent.

The increased tax hike, which like the $461.6 million budget, was opposed by Commissioner Joseph Gale, should run most homeowners an additional $29 a year in property tax, said the county’s chief financial officer, Dean Dortone. The estimate is based on a median home value of $362K.

‘“Real estate taxes have remained flat for three years,” said Commission Chair Val Arkoosh, noting that the ongoing global battle with the COVID-19 pandemic means public health spending will be up and revenues may be down moving into 2021. “The county’s finances remain impacted and future financial assistance is uncertain.”

“I will be opposing the budget,” said Commissioner Gale, noting that he was against increased government spending, increased taxes and particularly, pending on the new county Justice Center. “It is an outrage to increase spending and taxes in a time when so many business owners and families are suffering from both the pandemic and the Draconian regulations in response to it.”

Vice Chair Ken Lawrence and Arkoosh voted in the affirmative and the budget passed.

The increased property tax is expected to bring $10.5 million in funds to the county.

Capital improvement spending is slated for $125 million for county capital projects. Most notably, as Commissioner Gale pointed out, Montgomery County plans to redevelop the county campus and a new county justice center.

Other highlights of the budget include $16.5 million set aside for pensions, which Vice Chair Lawrence noted brings the county to 89 percent of the annual required contribution. “This continues our commitment to the pension fund,” he said.

Lawrence noted that $16 million for infrastructure improvements, particularly in bridge renovations, is also set aside.