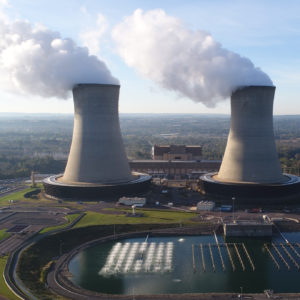 Operations at the Limerick Generating Station in Montgomery County have fueled a dispute between Exelon Generation — which runs the nuclear power plant — and officials representing the region, who are concerned that sufficient COVID-19 pandemic precautions aren’t being practiced onsite, endangering area residents.

In response to public and political pressure,  the company now has a comprehensive plan on its website, outlining measures it is taking to combat the coronavirus as it conducts a refueling outage.

Despite Exelon’s efforts, local officials remain fearful that plant contractors from out of state — who are residing in area hotels, motels, campsites and AirBnBs — will spread the virus. About half of the approximately 1,400 workers involved in the plant’s refueling are estimated to be from outside the Keystone State.

An Exelon spokesperson confirmed to Delaware Valley Journal Tuesday that five cases of COVID-19 have been diagnosed among employees and contractors. Two employees were proven to have the coronavirus before the refueling outage on Limerick Unit 1 began on March 27 — which is scheduled to last 18 days.

As of Tuesday, there were 44 employees or contractors quarantined after the positive COVID-19 cases were identified, according to Exelon’s website.

Montgomery County commissioners asked the company to postpone the refueling before it even began. Exelon refused, claiming it was necessary to supply power to the region through the summer.

State Sen. Katie Muth (D-44), who represents parts of Montgomery, Berks and Chester counties, called upon Exelon to improve its commitment to worker and community safety. The Limerick Generating Station contains two nuclear reactors, with each one having to be refueled once every two years.

“Thus far, Exelon has provided an inadequate pandemic response plan, withheld information from county and state officials, and failed to prioritize the safety of its employees, contract workers, community first responders, as well as all residents of the 44th senatorial district and entire region,” Muth wrote in an April 1 letter to Exelon executives.

“This is grossly irresponsible as Exelon has brought at least 1,400 workers to the epicenter of Pennsylvania’s Covid-19 pandemic.”

The plant is located in Limerick Township, which is part of Montgomery County. Township manager Dan Kerr says until recently he had heard little of Exelon’s pandemic plans.

“We expressed our dismay that Limerick Township, our first responders, our volunteers in the fire company, our police department, our EMS agencies, would obviously be the first line of response,” Kerr told Delaware Valley Journal. “We felt they [Exelon] had an obligation to keep Limerick better informed on what they were doing and how many people were in” the plant for the refueling.

“We are aware that they are in all the hotels within Limerick and the area as well,” he said. “I believe that some came in with their own campers, though I’m not sure where the campsites are.”

“We are in communication with them on a daily basis, and our office of public health is working to establish a routine set of data for them to share with us every day,” she said. “They are giving us guidance on what data they are collecting.”

U.S. Rep. Madeleine Dean has also voiced trepidations. “While I recognize the nuclear plant as a vital part of our infrastructure, we must ensure that proper measures are taken to keep both the workers and our community safe — and limit the spread of COVID-19 as much as possible,” the Pennsylvania Democrat said in a statement.

Exelon also made it clear it could not be responsible for the contractors once the outage ends.

“We cannot force all outage workers to quarantine for two weeks against their will following the outage. We do not have that authority,” Exelon says on its website.

“These workers are considered essential by the U.S. government and the Commonwealth of Pennsylvania, just like first responders, health care workers, and grocery store employees,” the company said. “These specialized workers perform tasks that are vital to the nation’s power grid, and they must be released to perform similar work at other plants.”

Nuclear power plants typically operate nearly all year, providing a constant source of electricity to the grid. Each of Limerick’s two units power about one million homes.