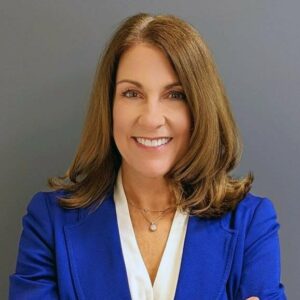 It’s not every day that a Montgomery County judge decides to run for the state’s top court.

Carluccio, who was elected to the Montgomery County Common Pleas Court in 2009, has served on the family, criminal, and civil court benches. Last year she was unanimously chosen by her peers to serve as the Court’s first female President Judge in county history. She served as president of the 2000-member Montgomery Bar Association in her second year on the bench.

An opening on the court occurred due to the September death of Justice Max Baer.

“Pennsylvanians want their judges to read and apply the law,” said Carluccio, Republican candidate for Supreme Court, “They also want jurists who will bring experience, temperament, and impartiality to our Commonwealth’s highest court.”

“For over a decade, I have had the privilege of presiding over criminal, family, civil and juvenile cases. This diverse court experience can be an asset to Pennsylvanians seeking experienced judges for our highest court,” she said.

Carluccio began her legal career as an Assistant United States Attorney prosecuting large-scale drug dealers, bank robbers, and money launderers. Her work earned her recognition from the United States Secret Service, the Drug Enforcement Administration, and the Bureau of Alcohol, Tobacco, and Firearms.

“Drug dealers are lawbreakers: plain and simple,” continued Judge Carluccio, “I have experience putting dangerous criminals behind bars.  I know what prosecutors need from judges to keep our streets safe.”

Carluccio served as the first-ever female chief public defender for Montgomery County, where she managed a team of 35 staff and attorneys. She was also the chief deputy solicitor for the county and served as the acting director of human resources.

“I was proud to be the first-ever female Chief Public Defender in my county’s history. The position also instilled in me a passion for ensuring those with a diminished voice in our criminal justice system are heard,” she said.

Liz Preate Havey, chair of the Montgomery County Republican Committee, said, “Judge Carluccio is an outstanding and highly regarded judge with well-rounded legal experience and the appropriate temperament to sit on the Supreme Court. Her election as the first female President Judge in Montgomery County and as the next President of the PA Trial Judges Association is a testament to her character and how respected she is by her peers.  I am thrilled she has decided to run for Supreme Court after much encouragement from many attorneys and friends, including me.”

Throughout her career, Carluccio has received many professional awards and commendations for her work, including honors from the Montgomery Bar Association, the Department of the Treasury, the Secret Service, and the DEA.

A life-long resident of Montgomery County, Carluccio is married to lawyer Tom Carluccio.  The couple has three adult children: Andrew, Charlie, and Joseph.

So far, Superior Court Judges Deborah Kunselman of Beaver County and Daniel McCaffery of Philadelphia, both Democrats, have also announced that they are running for the seat.