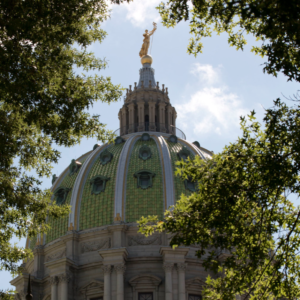 That’s what a pair of Delaware Valley legislators want to know, and they’ve launched separate investigations to find out.

Since Wolf issued his emergency order on March 19 forcing all “non-essential” businesses to close, his administration has received numerous requests for waivers from business owners across the commonwealth.

He’s granted many of them, and denied others. What the Wolf administration hasn’t done, critics say, is release guidance on how these decisions have been made, or even a list of which businesses received or were denied waivers.

Now Rep. Todd Stephens (R-Montgomery) announced the House Government Oversight Committee will investigate how Wolf’s administration handled these waivers, and why some businesses were allowed to open while others were forced to remain closed.

“The standards just weren’t clear and seemed contradictory,” Stephens said in a press release. “The investigation will examine ways to make the system fairer and more rational.”

At the same time, Sen. Tom Killion (R-Chester/Delaware), is ramping up oversight of the Wolf administration’s coronavirus policies by asking for a slew of documents with a Wednesday due date.

PennLive.com reported that numerous media outlets have requested the waiver list or other similar information under the state’s Right To Know Act, “but all have received responses saying the office is closed and ‘your request will be received and processed upon our offices reopening.'”

Matt Stuckey of Stuckey Automotive in Hollidaysburg was one business owner who testified under oath to a joint Senate hearing last week. He noted that the service portion of his business was allowed to keep operating but the sales end was not, even though both had put in health safety precautions.

“We pursued relief through the waiver process,” Stuckey told the committee. “We applied three times — each time our waiver was denied. However, approximately 20 other car dealerships throughout the state were granted a waiver to continue sales.”

“How could someone at DCED [Department of Community and Economic Development] have allowed the inconsistency in one industry happen?” 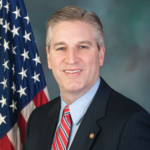 Last week, Killion’s Senate Economic Committee held the joint hearing to sound out business owners like Stuckey and other leaders about their experiences and insights into how the closure process has affected the commonwealth. DCED Secretary Dennis Davin, testifying via teleconference, said the administration hoped to produce a list of waivers but did not commit to a timeline of when that would happen. 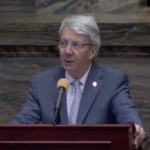 In the same hearing, Killion said the legislature could not afford to give up oversight during a crisis and pushed the same message in the Monday letter demanding documents from Wolf.

“As our Committee members indicated, there are serious and significant questions outstanding regarding the waiver process generally, and particularly as to the perceived inconsistencies in the Department’s granting and/or denial of these requests,” the letter read.

Killion’s letter seeking documents from Gov. Wolf was sent in cooperation with Sen. Mike Regan (R-Cumberland/York) and demanded the tranche by Wednesday, or else “we are prepared to take any appropriate additional steps to compel the delivery of these records.”

The House Oversight investigation, alternately, indicated it will work quickly to get answers in the “coming months” before “a second wave of COVID-19 is forecasted to hit in the fall with a potential third wave to follow that.”

“There is no playbook for dealing with a pandemic like this,” Stephens said. “We need to learn what worked well and what we can improve in the event anything like this happens again, whether in the fall or thereafter.”