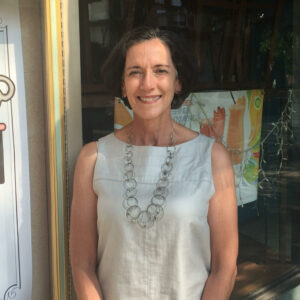 Montco’s Arkoosh Drops Out of Democratic Primary for U.S. Senate

Dr. Val Arkoosh, chair of the Montgomery County Board of Commissioners, is suspending her campaign for Senate, saying her top priority is seeing a Democrat win the soon-to-be-open seat.

“We cannot let anything stand in the way of a Democrat being elected to the U.S. Senate,” Arkoosh said in a video statement released Friday. “The stakes are just too high. And it’s become clear to me that the best way I can ensure that happens is to suspend my campaign today and commit to doing whatever I can to help ensure we flip this Senate seat in November.

“My name may not be on the ballot, but make no mistake, I will still be fighting every day to help win this election,” Arkoosh added.

Previously, Arkoosh told the Delaware Valley Journal she was running for the Senate because she considered herself a “problem solver.”

“I hope to take that same problem-solving attitude to Washington,” Arkoosh said.

Now she will be keeping her problem-solving skills in Montgomery County, where she chairs the Board of Commissioners.

Jeff Jubelirer with Bellevue Communications Group said he was surprised Arkoosh had not gained more traction, given that it is a Democratic primary and she is the only woman in the campaign’s top tier.

Financial records show Arkoosh raised just $2.6 million for her campaign by the end of 2021, while competitor Lt. Gov. John Fetterman had $12 million.

Fetterman’s campaign also released a poll showing his support at 46 percent among Democratic voters, followed by Congressman Conor Lamb at 16, state Rep. Malcolm Kenyatta at 12, and Arkoosh at only 4 percent.

“I think the wild card for Montgomery County is Connor Lamb,” said Joe Foster, chair of the Montgomery County Democratic Committee. “The question is how successful has he been in establishing himself as a viable candidate among the voters here but also among the Democratic committee itself. I think Malcolm will do well among the committee and Fetterman will also do very well among the committee. We’ll have to see what Connor Lamb does.”

In her statement, Arkoosh expressed gratitude for the support she received.

“I want to thank my supporters and express my gratitude for all we accomplished. We helped make sure issues like abortion rights and climate change were part of the conversation around flipping this critical seat. We earned support in every corner of the Commonwealth, with more than 40 local endorsements behind this campaign. And importantly, we used each day of this campaign to hold Republicans, like Dr. Oz, to account – for spreading misinformation about COVID-19, undermining our democracy by denying the results of the 2020 election, and opposing policies that will help Pennsylvania families like the Child Tax Credit and bipartisan infrastructure law. That work remains so important. And it will continue today, tomorrow, and the next day.