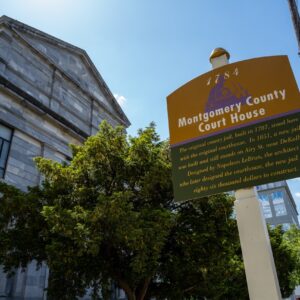 Over the objections of Republican Commissioner Joe Gale, the Montgomery County Commissioners voted to spend $127,472 annually for a director of diversity, equity, and inclusion.

Gale said he did not support the budget earlier this year because it included “higher spending and a position that’s not necessary. And the position of chief diversity, equity, and inclusion officer is not necessary for this county government. And it’s a cost of $127,402.89 a year to taxpayers and I’m against it. So we’ll need a roll call vote. It’s political theater, too.”

Commissioner  Kenneth E. Lawrence Jr. responded, saying, “The only political theater going on here Commissioner Gale is you, and you’re a bad actor. There are disparities in the county government and how we provide services to people, there are disparities in how we treat our employees. That is what this position is to address. We’ve seen it through the pandemic, we’re seeing it now, in the aftermath of Hurricane Ida, so you can use your checks to stand against diversity, to stand against inclusion, to stand against equity, but by doing that you’re perpetuating disparities and inequities for our citizens.”

At the August 19 meeting, Gale also opposed a $56,000 contract with Tri-County Community Network in Pottstown to train county staff and board members on issues of diversity, equity, and inclusion.

“With compounding, that’s an over 26 percent tax hike in five years,” Gale said.

Meanwhile, Commissioners Chairwoman Val Arkoosh, a U.S. Senate candidate, did not speak about the new job at the time of the vote.

“This leadership position will help further the county’s diversity, equity, and inclusion goals to be a model employer, service provider, and community partner,” Arkoosh said later. “We are committed to fostering a workplace that rejects bias and discrimination and in which every employee feels welcome and empowered to serve the residents of Montgomery County.”

Earlier in the meeting, Gale called out his Democratic colleagues for “reckless spending that increases year after year, property taxes that increase every year. I’m going to say something because the people in this county elected me to do that.”

“Things like taking my name off proclamations, things like child abuse awareness month from the two Democrat county commissioners but not Commissioner Gale. That’s wrong…Things like not being photographed with me…I’m going to continue to be outspoken because we desperately need checks and balances at all levels of government. We need it in the federal government. We need it in the state government. We have a governor who is a dictator. We have a spineless, feckless Republican majority in the state legislature that does not deliver on providing checks and balances…If you try to reprimand me by excluding me from press releases…You know it’s wrong. I’m a twice-elected commissioner…all this COVID nonsense …It’s all political theater and its wrong…Go on with your dog and pony show.”

Arkoosh said, “Commissioner Gale, I want to be very clear and I am just speaking for myself, I won’t stand next to you unless it’s statutorily required because you’re a racist, you are a COVID denier, you refuse to pay any attention to the science or the facts, and I will not dignify you by putting my name next to yours or standing in a picture with you, when you continue to spout this kind of nonsense.”

Gale replied, “You use the term ‘racist’ so openly and loosely that it’s lost all its effect. It’s outrageous.”

Arkoosh talked over him to make a public safety warning about floodwaters and Gale cut in to say “This is a dictatorship.”