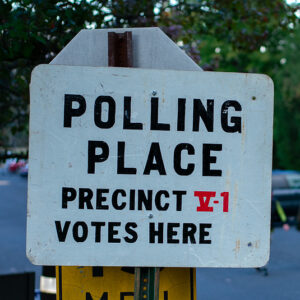 Last month, Montgomery County election officials learned that approximately 16,000 mail-in ballots for Tuesday’s election were printed incorrectly. On Nov. 3, the Montgomery County Board of Elections released an update on the 2021 General Election with final results not expected until the weekend.

The update shows all ballots cast in-person have been recorded, but mail-in and provisional ballots are still being processed. While final results are expected to be delayed, the county will continue to update its online results dashboard on a regular basis in the following days as eligible ballots are counted and validated, officials said.

The county is sequestering the returned ballots related to the previously announced misprint of mail-in ballots by its printer, officials said. Affected ballots are subject to a separate verification process that was approved by the Board of Elections and shared with both political parties as well as the Pennsylvania Department of State.

The county has also encountered a higher than usual number of ballots that could be read by ballot scanners. Officials are following an established process in a bipartisan fashion to recreate the impacted ballots to make sure every eligible vote is validated and counted. The process occurs during every election as there are various reasons ballots are sometimes unable to be scanned.

Officials estimate approximately 23,000 ballots are affected by the two issues. Results will continue to be updated in real-time on the results dashboard as ballots are counted and validated.

“No matter what side of the aisle, I think we can all agree that waiting nearly a week for election results is unacceptable. We can do better,” said Clarice Schillinger, executive director of Back to School PA, a group that supported school board candidates who want to keep students in the classrooms.

Joe Gale, the sole Republican Montgomery County Commissioner, sounded off on the issue and about his own party yesterday via Instagram.

Ken Lawrence, vice chairman of the county commissioners told The Reporter that amid the ongoing controversy he was excited about the turnout for Tuesday’s election.

“I think there was a lot of interest in this election, particularly the school board races, our local elections,” Lawrence said. “So I think it’s great to see people were coming out to vote in person or to vote by mail.”