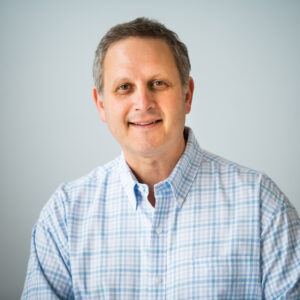 The local Jewish community welcomed a new leader in June when Michael Balaban took the reins as CEO and president of the Jewish Federation of Greater Philadelphia.

Balaban, 54, says he believes his mission is to grow the federation’s connection between the Jewish community and constituents, as well as with organizations in the Philadelphia area.  He also wants to deter anti-Semitic incidents, help with food insecurity, and services for the aged and those with disabilities.

“Clearly, there’s a rise in anti-Semitic, anti-Israel and in many cases, anti-Jewish hate. It keeps me up at night,” Balaban said. “There’s been a luxury for us here in America, but this fervent rise of the daily attacks and reports, hearing where Jews are being attacked for being Jewish or for expressing their care and love for Israel, is deeply disturbing and something we all must take to heart, but also really step forward and take action.”

There are many vulnerable people in the Philadelphia Jewish community, he said, including Holocaust survivors, individuals with mental health or other disabilities, and those in need of food.

Demographic change is another issue.

“Our numbers are diminishing, especially among our youth,” said Balaban. “We need to create vibrant, active ways for individuals to engage, (including) kids coming out of high school and college, moving on to their professional lives to find meaning and relevance in Jewish community, Jewish commitment, be it embracing families where one partner may not be Jewish, preferring to embrace them as part of the Jewish community. It’s a great opportunity to grow our members and create more relevance in our community.”

Balaban added, “We need to reinvent, to reengage, not forgetting our traditions, but work to build new traditions that adapt to the society we’re living in today.”

And the federation– an umbrella organization that helps the Jewish people locally, in Israel, and around the world with fundraising and volunteers– dates to 1901 and needs to change with the times.

“What worked yesterday, doesn’t necessarily work today,” said Balaban. “We can’t continue to do the same things we’ve always done and expect a different result and I believe we’re at a threshold moment.

“For us what’s going to define a threshold moment is that notion of leadership. Leadership can continue to drive us backward or leadership that drives us forward,” he added.

Balaban has forged a career in the nonprofit world, and he served most recently as the president and CEO of the Jewish Federation of Broward County. He also served as the chief development officer for the Atlanta Jewish Federation. Balaban spent seven years as director of development for Penn Medicine at the University of Pennsylvania.

Asked why he wanted to serve the Jewish community, Balaban joked, “That’s a question my mother continues to ask. They wanted a doctor.”

“I grew up very actively engaged in the Zionist youth movement,” he said. “It was culture, it was community, it was love for a sense of peoplehood. Only later on in life did the intellectual side, the Torah, and the religious nature start to attract me…I realized being of service to others was a deep desire.”

Although Balaban grew up in New Jersey, his wife, Lynne Zeiger Balaban, is a Philadelphia native and the executive director at Beth Zion Beth Israel Temple. The couple has three children, Jacob, 27, Naomi, 24, and Shayna, 18.

When he lived in the Philadelphia area before, Balaban and his son served as volunteer firefighters at the Huntingdon Valley Fire Company. Now that he lives in Wynnewood, Balaban hopes to resume volunteering with a local fire company on the Main Line.

When he’s not working, Balaban likes to ride his Indian Scout motorcycle.

“Some people go to yoga.  Hopping on a bike early on a Sunday morning gives me an opportunity to clear my head, meditate, and get those creative juices going,” said Balaban. “And I still carry the book, ‘Zen and the Art of Motorcycle Maintenance.’

“It’s clear the joy of Judaism, the joys of the Jewish community, for many, remains an inaccessible mystery,” said Balaban, when asked about his goals for the federation. “Whether it’s for reasons of finances, literacy, disenfranchisement, many feel separated and apart from the organized Jewish community.  When they’re inclined to connect, many find too much process and not enough action.  It’s not a Philadelphia problem but really a national crisis.

“We’ve got to understand that Jews and Judaism are not a monolith. One size does not fit all. Our job is to guarantee when a person wishes to access (the Jewish community), the mechanisms and responses are in place,” Balaban said.