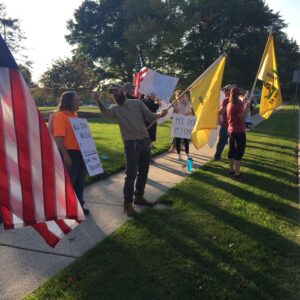 About 75 Merck & Co. employees and their supporters protested outside the Merck plant in Upper Gwynedd Thursday evening, claiming the company is forcing them to get the COVID-19 vaccine by Nov. 1 or face losing their jobs.

The Merck policy mirrors a mandate from the Biden administration expected to be issued by the Occupational Health and Safety Board requiring businesses with 100 employees or more to require the vaccination.

John Westawski, 26, of East Norriton had just gotten vaccinated that afternoon because he does not want to be fired. He came out to protest anyway because he supports his fellow workers.

“Nobody should have to put something they don’t want to into their body,” he said. He did not believe that he needed the shot because he had COVID “about a month ago,” and therefore already had antibodies. Indeed, an Israeli study showed natural antibodies could be more protective against COVID-19 than the vaccine, although scientists warned not to intentionally contract the virus. 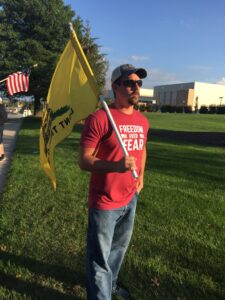 Warrington resident Frank Masciotro, 47, has worked for Merck for more than eight years and said he loves the company and his union, but he doesn’t want to get the shot. Like Westawski, Masciotro says he had the virus.

“I think it’s unfair,” Masciotro said about the company’s vaccine mandate. “We’ve been working the entire time. We kept them afloat when they needed us (during the pandemic). We were the essential workers when everybody stayed home.”

Another man, who declined to give his name for fear of retaliation from Merck, said he has a religious objection to getting the COVID vaccine.

“I think it’s unlawful,” he said about Merck’s ultimatum. “The vaccine is still EMU, emergency medical use. And I had the virus. I feel I don’t need the shot and it’s against my religion.” Only the Pfizer vaccine has full approval from the FDA. 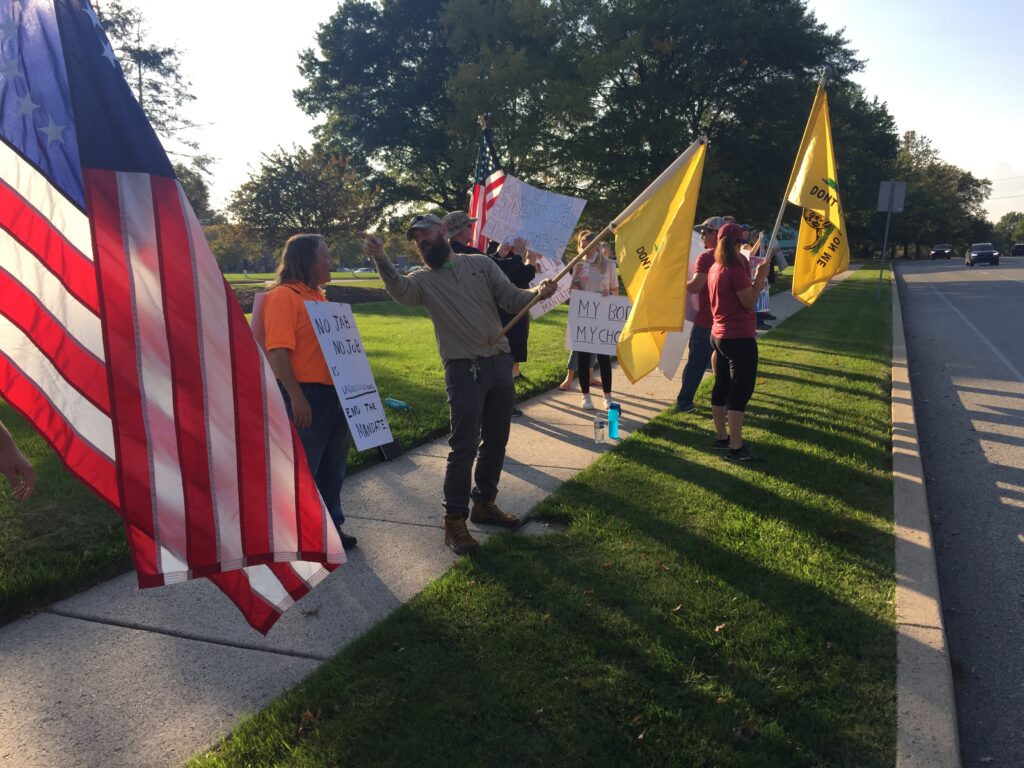 “I’m not anti-vax,” she said. “It should be your choice, not someone else’s.”

The protest occurred just hours after President Joe Biden acknowledged his policy would put some Americans out of work.

“Let’s be clear, when you see headlines and reports of mass firings and hundreds of people losing their jobs, look at the bigger story,” Biden urged.

Montgomery County Commissioner Joe Gale and his brother, Sean Gale, who is running for the U.S. Senate, were there talking to the protesters and handing out campaign literature. 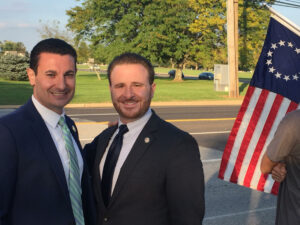 Joe Gale, who is running for governor, said he came to “show my support to the employees” who were protesting “having these extreme mandates forced upon them. It should be an individual’s choice, not their employer’s, not the government. I will continue fighting for them against these draconian measures.”

“As a science-based healthcare company with a longstanding commitment to inventing and providing important medicines and vaccines, subject to local law, we will require all U.S.-based employees to be vaccinated by November 1, 2021, unless they have an approved medical or religious exemption or accommodation,” Merck said. “We are committed to supporting our employees during this process as we work to ensure a safe and healthy work environment.”