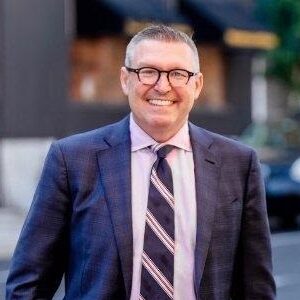 Meet The Other Doctor in PA’s U.S. Senate Race

Currently, four physicians are serving in the United States Senate, and TV celebrity Dr. Oz has made headlines with news that he hopes to join them.

But another local physician, Dr. Kevin Baumlin, has also thrown his stethoscope into the ring. Baumlin, a Democrat who works in a Philadelphia emergency room, hopes to change healthcare and society as a whole.

“I wasn’t really planning on running for Senate,” Baumlin told Delaware Valley Journal. “We started a not-for-profit just before COVID. That was going to be our legacy project. We’ve been very successful in our lives and we wanted to do something good to give back as we transition to the next part of our lives and careers.”

What pushed Baumlin to run for Senate are his concerns about issues like healthcare. As a physician, one of Baumlin’s top priorities is reforming Medicare and improving the care older adults receive.

“The issues I want to work on are federal-level issues,” Baumlin explained. “So, from a health care perspective, I want to work on fixing Medicare. Number one is to get homecare services included as a benefit. So you get at least four hours of care [for your older adult family members]. My parents are in their 80s and I’m 57 and my mom has some health problems and getting her homecare so my dad can go to his golf game is a big topic of conversation. It’s $25 an hour, out of pocket, and it’s not covered by Medicare.”

According to a Genworth survey, between now and 2030 more than 10,000 people will turn 65 every day. In addition, seven out of 10 people will need long-term homecare and, according to Medicare’s website, that type of long-term care isn’t covered.

It’s not just Medicare and older adult care that Baumlin wants to improve. He hopes to tackle the cost of healthcare for all Americans.

“I want to work on legislation to make healthcare portable and affordable,” Baumlin said. “By that I mean have no copays and no deductibles. Because that’s what makes young families go broke. Literally.

“If you make $34,000 a year and you have a $9,000 deductible, that’s 20 percent of your income. How can you budget for that? Because all of that money has already been budgeted out. There’s no extra $500 a month hanging out so you can pay your minimum for your $9,000 deductible. It’s just not in anyone’s budget. And that’s not okay and we need to fix that.”

Ending fracking is also a big concern that Baumlin hopes to address. He sent a letter to one of his opponents in the Democratic primary, Montgomery County Commissioners Chair Dr. Val Arkoosh, urging her to join him in opposing the practice that has created thousands of jobs and millions of dollars of revenue for the state.

“As medical health professionals, we have both seen first hand the dangerous impacts fracking has had on Pennsylvania families living within a one-mile radius of a fracking site,” Baumlin wrote to Arkoosh, an anesthesiologist. He said that he will “make it a priority to end fracking on day one” if he’s elected.

Senators do not have the power to end policies like fracking.

“All the parents deserve to have a job where they make $15 to $20 an hour so they can work one shift instead of two. So they can be home to help with homework and things like that,” he said.

And, Baumlin says he believes changes to the education system are needed to bring about fundamental changes to our society.

“We need to work on how education is funded,” Baumlin said. “So that we decrease the inequitable society we have and fund urban areas and urban schools so that we can raise people up with a good education and give them the foundations they need so that they can succeed and right the wrongs of the past. To me, that’s social justice.”