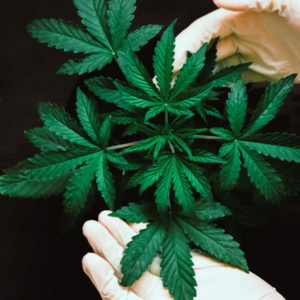 Several friends were milling about talking over sports and such when our conversation abruptly took a serious turn.

The catalyst for the change was the death certificate in my hand. The deceased was a friend’s 35-year-old former husband and the father of their 7-year-old daughter.

The document told his story: Time of death “Approx-0705,” Immediate Cause of Death “Adverse effect of drugs, ” Interval Between Onset and Death “A few minutes, ” Manner of Death “Accident.”

To quote one young man about his first high, “ The feeling was incredible. All my social anxiety instantly went away.” His descent into addiction was driven by his pursuit of that first sensation.

The conversation then turned to the incongruity between the push to legalize marijuana and the so-called “ War on Drugs.”

It beggars belief that anyone the least bit acquainted with the insidious progression of drug addiction would ever call for the legalization of marijuana, the gateway drug to every more powerful and deadly drug on the market.

What sticks in my craw most is the unconscionable duplicity among certain politicians who attempt to have it both ways: Legalize marijuana for the tax revenue it offers while covering their tail by pouring millions of dollars into the largely symbolic (“We’re doing something!”) and astonishingly unproductive (no measures of efficacy) “War on Drugs.”

His topic was sin taxes, specifically legalized gambling and legalized marijuana, and the windfall in tax revenues they generate to state and federal coffers. New Jersey, the U. S. sports-bet capital, took in $200 million in gambling tax revenue last year.

New York’s Sen. Chuck Schumer plans to introduce a federal legalization bill in April. It has a cannabis tax that starts at 10 percent and rises eventually to 25 percent.

Henninger writes that sin and sin taxes are now passé. Consequently, much of contemporary American government is now amoral.

“After decades of pretense from government about its good intentions, government doesn’t much care one way or the other anymore.”

“Any previous pro-social purpose, “he writes, “has been overwhelmed by the crude need to maximize revenue no matter the source, especially in open-spigot states such as New York, New Jersey, and Illinois.”

Echoing my annoyance he writes, “We are legalizing marijuana just as opioid addiction and overdoses from ‘recreational’ fentanyl skyrocket.

“In virtually all the legalizations of marijuana or gambling,” he continues, “the politicians include language about creating programs for prevention and rehabilitation. It’s boilerplate, a pro forma caveat that rarely delivers.”

Politicians don’t care that a 7-year-old girl lost her father to drug addiction so long as they get the one thing they want—a steady stream of tax revenue from both users and the commercial cannabis interests.

Deaths are simply an acceptable cost of doing business.

Henninger concludes, “When more people understand that the goal of governments today is to take rather than help, as they piously claim, perhaps we can have a sensible discussion about whom to tax and for what purposes.”

A discussion long past due.

The author is a West Chester, PA attorney and occasional writer whose work has appeared in numerous newspapers and periodicals, in print and online. He has a long-term interest in drug and alcohol addiction, education, and treatment.