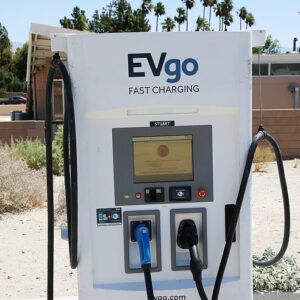 Notorious for its crime and its outrageous cost of living, California seems an odd choice for Pennsylvania to mimic. And yet, with the adoption of California’s onerous electric vehicle rules, the commonwealth would be doing just that.

The Pennsylvania Department of Environmental Protection has submitted a proposal for wholesale adoption of the California Air Resources Board’s electric vehicle (EV) program. The California rules import would impose new requirements on automakers and dealerships to stock lots with EVs.

In essence, the combined California-Pennsylvania mandate would command automakers to deliver increasing numbers of EVs for sale in Pennsylvania each year. Should they fail to meet the quotas, automakers will be required to buy credits from others that have banked them, like EV-only Tesla. There’s little doubt that adopting the California program would result in more EV proliferation. In the most recent data year, more than 7 percent of the new cars sold in California were EVs, leading the nation as a percentage of sales and pushing the cumulative number of EVs on the state’s roads to nearly half a million. But does the value-add of the program exceed the additional costs to the auto industry that eventually filter down to all of us? The evidence says no.

One commonly peddled myth about California’s EV program is that it increases consumer choice. The truth is there’s no barrier to EV purchases as it is and EV sales are already growing. In the last three years, the number of EV registrations in Pennsylvania has tripled.

While for some families, especially those with smaller budgets or more kids, EVs make little sense; for others, EVs are a smart choice, particularly if they have the luxury of another longer-ranger vehicle for road trips. In the open market, EVs have already earned a significant share of sales and are here to stay. They don’t need more help.

The great irony is the world’s leading electric vehicle mogul, Elon Musk, agrees. According to Musk, the government should “get out of the way and not impede progress,” serving more as a “referee” and less as a “player on the field.”

Of course, Pennsylvania’s adoption of California’s rules would be just one small part of a larger government push for EVs. Other parts of this agenda include the existing $7,500 tax credit for the wealthy car buyers who choose to go electric and the proposed $7.5 billion of spending on subsidized EV charging stations.

Convoluted programs like California’s EV rules are prime exhibits of this odious phenomenon, clogging our economy with red tape that only drives up costs.

No state shows the harms of government tangles like California. Ranking 48th in the Cato Institute’s state economic freedom list, California also has the highest poverty rate in the country and is among the states with the highest levels of income inequality.

EV subsidies and requirements do nothing to resolve these issues, and likely make them worse. With its requirements on automakers and dealers and its extensive state subsidies for buyers, California policy is shifting the cost of expensive EVs onto the general public, despite the fact that EV buyers are far richer than average.

While just over 30 percent of U.S. households have an annual income in excess of $100,000, more than 55 percent of new EV buyers do. Even looking at the used car market, the EV purchases skew severely towards the rich. In California for example, the average income of a used EV buyer is 66 percent higher than the average income of someone buying a conventional used car.

Adding insult to injury, EV evangelists like Transportation Secretary Pete Buttigieg tout the savings a household will benefit from in the absence of weekly tank fill-ups, seemingly forgetting that the average household cannot afford the delta in upfront purchase costs between expensive EVs and more affordable, comparable, conventional cars. Compounding this injustice, California taxes gasoline purchases at the highest clip in the nation while giving wealthy EV drivers a free pass to use the same infrastructure shared by everyone.

EV policies are a microcosm of California’s two-tiered society. It’s not a model Pennsylvania should follow.

Jordan McGillis is deputy director of policy at the Institute for Energy Research. He wrote this for InsideSources.