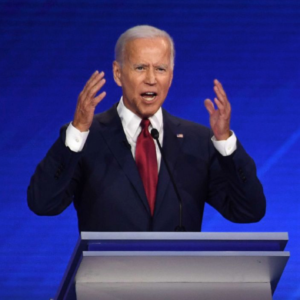 A Battle of Two Pennsylvania Counties

During his six full terms representing Delaware in the U.S. Senate, Joe Biden, the presumptive Democratic presidential nominee, was often regarded as Pennsylvania’s third U.S. senator. A native son of the Keystone State, Biden spent his early childhood in Scranton. That background, conventional wisdom holds, makes him a formidable candidate in Pennsylvania against President Trump, who carried the state by less than one percentage point in 2016.

Scranton, however, is a poor gauge of Pennsylvania’s electoral mood. Scrantonians maintain a tribal allegiance to the Democratic Party, but their city’s insular politics no longer reflect other parts of Lackawanna County or even the surrounding region. Northeastern Pennsylvania increasingly trends Republican. Its working-class voters — especially in populous Luzerne County, immediately south of Scranton — ensured Trump’s state victory in 2016. They no longer believe that Democrats represent their social and economic interests.

In addition to reliably blue Philadelphia, Biden’s Pennsylvania base is now Chester County, just minutes from his residence across the state border in suburban Wilmington. Pennsylvania’s wealthiest county could play an outsized role in the 2020 election, as Luzerne did in 2016, when that county accounted for almost 60% of Trump’s winning margin.

Biden is depending on the suburban Philadelphia county to cut into Trump’s northeastern advantage. It’s a battle of voting margins: Chester County’s affluent suburbanites, who detest Trump, versus Luzerne County’s blue-collar voters, who are repelled by the Democratic Party’s leftward direction. Chester County, which favored Hillary Clinton in 2016, illustrates the Trump era’s suburban revolt. Once a GOP stronghold, the county is populated with aging ex-Republicans and young professional Democrats who believe in the virtues of their political resistance and have voted accordingly.

Consider recent election cycles. In 2017, Democrats won four county-level offices for the first time since 1799. In the 2018 midterms, Rep. Chrissy Houlahan became the first Democrat to represent the county in Congress since 1855. In 2019, Democrats took control of county governance for the first time ever. Finally, in another milestone this May, Democrats surpassed Republicans in county voter registration. As a recent New York Times analysisof Federal Election Commission data showed, in the second quarter of 2020 numerous county ZIP codes served as a major state-level source of individual donors for Biden’s campaign.

Chester County’s political transformation was an inevitable consequence of demography. By the late 1980s, suburban sprawl and rapid population growth began to erase the area’s agricultural, conservative past. Even in 1990, when the GOP held a 2-1 county majority, the Philadelphia Inquirer reported how this growth compelled Republicans to register more voters to retain their local power.

Over time, the county’s booming private sector continued to attract affluent residents who propelled Democratic gains. And so, by 2008, Barack Obama became the first Democrat to win the county since Lyndon Johnson in 1964. Today, progressive sensibilities prevail among county voters who reside in wealthy enclaves with some of the state’s top schools. Like everyone else, they’re enduring the pandemic, but the Rust Belt’s working-class discontent and Philadelphia’s urban unrest are distant concerns. Instead, these voters face the rising costs of the area’s luxury housing and the inconvenience of its congested roads.

Luzerne County presents a dramatic contrast. Once the center of Pennsylvania’s anthracite coal industry, Luzerne played a pivotal role in America’s labor movement. This history fueled loyalty to the Democratic Party, which, with few exceptions, enjoyed generations of support. Luzerne handily supported Obama in the 2008 and 2012 elections. By 2016, however, many voters questioned the Democrats’ commitment to their concerns. “People felt left behind and felt the deck was stacked against them,” John Yudichak, who represents Luzerne in the state Senate, told Ben Bradlee Jr. for his book “The Forgotten.” He added, “When Trump used the word ‘rigged,’ that resonated.”

Four years later, the sentiment endures. On paper, Biden looks like a perfect DNA match to Luzerne’s voters: pro-labor, Catholic, and a native of the region. But from the Hazleton area to the Wyoming Valley, county residents, many of whom are still registered Democrats, associate Biden’s party with policies, from trade to immigration, that they see as detrimental to their communities. The question that will perhaps determine the outcome of the 2020 election is how closely they associate old Uncle Joe with the newly “woke” version of the Democratic Party.

It’s clear that many of these voters already feel culturally betrayed by their former political guardian. Just last year, Yudichak switched from Democrat to independent, and the GOP won a majority of county council seats in November’s election. This year, Jim Bognet, a Republican, is running a competitive campaign against Rep. Matt Cartwright, the Democratic incumbent who represents most of the region in Congress. Voter statistics confirm that Luzerne is hardly Biden territory. As the Inquirer recently reported, since 2016 the county’s GOP registrations increased by 11,600 voters, while Democratic registrations stayed about the same.

According to the RealClearPolitics polling average, Biden has a five-point lead over Trump in Pennsylvania. The state remains competitive electoral territory — though it’s really a contest of voter enthusiasm in two crucial counties. Luzerne voters reject Biden’s “Middle-Class Joe” persona as contrived and believe that Democrats’ progressive direction imperils the nation’s future. Conversely, Chester voters, disgusted by Trump, view Biden as a leader who could restore national stability. In November, both counties will help determine Pennsylvania’s electoral outcome — and perhaps who wins the White House.

Charles McElwee is a writer at RealClearPolitics.