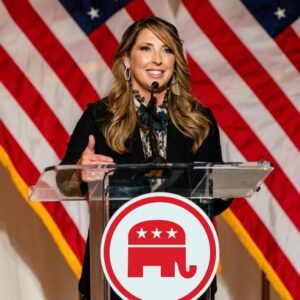 Ronna McDaniel is the chair of the Republican National Committee.