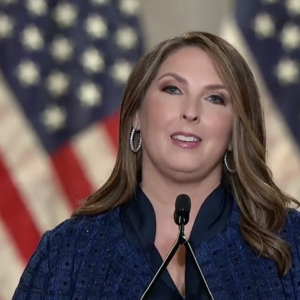 Joe Biden visited Philadelphia this week to discuss what Democrats have ludicrously and hyperbolically described as Republican efforts to suppress the vote. Nothing could be further from the truth. Republicans are in fact engaged in a comprehensive effort to improve election integrity across the country by making it easier to vote and harder to cheat. Polling consistently shows that Americans support our approach to improving election integrity by implementing common-sense safeguards to the voting process.

Biden and the Democrats have now seen the polls, and while they’d never admit it, they understand that this is a winning issue for Republicans. Their fake-outrage, hyperbolic approach to election integrity is wearing increasingly thin as Republicans remain consistent in our push to secure your ballot.

The numbers don’t lie. Recent polling commissioned by the Republican National Committee (RNC) paints a clear picture of widespread support for stronger election regulations. 80 percent of respondents polled – identifying as 31 percent Democrat, 29 percent Republican, and 36 percent Independent – support stronger voter ID laws. This tracks with other polling, including a recent NPR poll which found 79 percent of respondents similarly in favor of voter ID. 87 percent of voters support a ban on ballot harvesting, a practice which opens the door to partisan interference in the ballot chain-of-custody by allowing paid political operatives to traffic ballots. One finding does particular damage to dishonest Democrat narratives about election integrity: 77 percent of voters reject “racism” as the animating principle behind voting integrity laws. Democrats who falsely derided election integrity reforms as a new form of “Jim Crow” are now scrambling for new talking points.

The mainstream media has been an eager accomplice in Democrat lies about election integrity, resulting in a national discourse around the issue based on a growing body of misinformation. Those lies had real-world impact when Major League Baseball withdrew its All-Star Game from Georgia in March, robbing Georgians of an estimated $100 million from the event. That cowardly decision came after Georgians passed comprehensive election integrity reforms which strengthened Georgia elections with more voter ID requirements, a ban on ballot trafficking, and mandating one drop-box per Georgia county, among other initiatives. Mainstream media outlets rushed to help Democrats spread their lies about Georgia’s law, with some like the Atlanta Journal-Constitution issuing corrections in the wake of their left-wing PR campaign. The RNC recently made a national seven-figure ad buy to help correct the record. Meanwhile, polling now shows that a majority of Georgians opposed the All-Star Game moving from Atlanta. Again, the numbers don’t lie.

Reflexive, media-aided dishonesty from the Left isn’t a new phenomenon. But when applied to an issue as crucial as our electoral system, it’s a particularly pernicious one. Our democracy only works when Americans have widely shared confidence that elections are free, fair, and transparent. When Democrats seek to consolidate power at the expense of state-level improvements to voting, they undermine that crucial confidence. There’s a reason that they failed to sell H.R. 1/S.1, their proposed federal takeover of elections, to the American people. Americans don’t want Washington, DC bureaucrats running their elections.

And yet Joe Biden went to Pennsylvania trying to do just that. States know best how to administer their own elections – no matter how many lies Democrats tell. Republicans here in Pennsylvania and nationwide remain committed to making it easier to vote and harder to cheat by supporting good legislation and holding Democrats accountable. Pennsylvanians understand that Democrat power grabs are dangerous and self-serving. The integrity of our elections is too important for such partisan games.

Ronna McDaniel is the chair of the Republican National Committee.