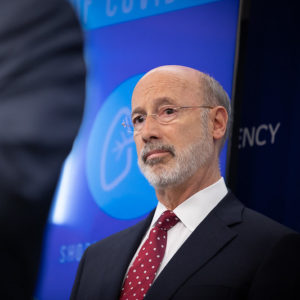 To quote a famous governor, “There you go again.”

That statement gently rebuking the notions of a politician pushing policies-gone-wrong can now be easily applied to Pennsylvania’s chief executive – who despite receiving a decisive pushback against his unilateral approaches with voters last week approving constitutional amendments to curtail executive powers – is back at it again.

It has been a trying 15 months and thousands of Pennsylvanians sought the empowerment of school choice after the pandemic brought havoc to their children’s academic progress and emotional stability. Unfortunately, Gov. Tom Wolf continues his attacks on parents and families who have the audacity to enjoy their lawful rights to leave their assigned district school and seek a better academic fit at a public charter school.

The governor started off the calendar year – during a pandemic – calling for $229 million in cuts for public charter schools. It doesn’t matter to him that lawmakers and families gave charter schools high marks for continuing to teach students while many district schools struggled.

Even as parents continue to seek the best public school options for the families, Wolf keeps nipping at their heels.

To make matters worse, the governor called for cutting $99 million in state funding for special education students who attend public charter schools. These students are among the most vulnerable in our public school system, but the governor believes they do not deserve the same support as their peers in district schools.

And yet, the governor upped the ante recently by gambling with the future of nearly 170,000 schoolchildren in Pennsylvania. Wolf held news conferences last week stating he now wants $395 million in funding cuts – up from $229 million – from public charter school students. He mislabels these cuts as “savings” to districts and refuses to call them what they really are: Proposed education funding cuts for economically-challenged charter students. He doesn’t mention that school districts have a combined $4.6 billion in reserves with billions more flowing into the Commonwealth for school districts since March 2020 due to pandemic relief.

And knowing the General Assembly might think differently on this, the governor and his anti-charter allies now are drafting regulations to ram through his charter school “reforms” without any input from state lawmakers or charter school families. These regulations could impact every facet of public charter schools, including forcing some to cut education services, limit enrollment, or close.

Of course, this decision was done in a unilateral fashion. Does this sound familiar? And didn’t the people of Pennsylvania have something to say about governing unilaterally just last week?

We again have to say no – just as we did last week.

Public charter schools attract most of their students from economically disadvantaged and minority families. Many come from underserved communities, where opportunities for a quality education have been limited for decades. A significant percentage of charter school students require special education services. Cutting funding from these Pennsylvanians is cutting off pathways for a better future for us all.

Public charter schools were authorized by state lawmakers from both parties in 1997 to fuel innovation in education. Without their vision years ago, the past 15 months of schooling in Pennsylvania might have been much worse than it already was.

We know that as our school children emerge brave but bruised from the academic and emotional tolls of the pandemic, now is not the time to go it alone on education reform.

Our children deserve partnership and leadership from us, as education leaders, not more actions that make us scratch our heads and say, “There you go again.” 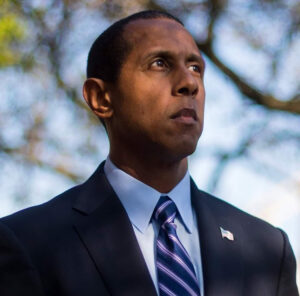