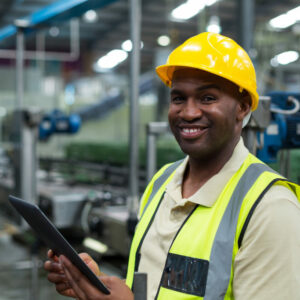 The arrival of COVID-19 brought to light several underlying issues in America. But perhaps the issue that has been most exposed is our overreliance on products made outside of our borders.

International disruptions such as pandemics, natural disasters, and political upheaval significantly impact our nation’s supply chain of goods. The result of that disruption is stunted economic growth and increased prices for American consumers.

During my travels around Pennsylvania, it has been hard to ignore the abandoned factories and hallowed out towns throughout our commonwealth. Once vibrant communities were replaced with vacant lots and blight. Parents had to say goodbye to their children as they moved far away to find any kind of stable employment. Drugs usage and welfare replaced prosperity and family building.

It wasn’t always this way. Pennsylvania towns used to be a “keystone” to America’s ability to make products desired around the world. Our iron and steel once built the Golden Gate Bridge, the Hoover Dam, and the Empire State Building.

The transition of jobs from the manufacturing sector to the service sector had a disproportional effect on men without a college degree in our commonwealth. Their lack of a degree and unique specific skillset made it difficult to find other good paying and fulfilling jobs.

Fatal foreign policy mistakes by the federal government and the failure of Pennsylvania’s state leaders to replicate pro-business polices implemented in other states were significant factors in the downfall of our manufacturing sector.

Many economic analysists point to the early 2000s as a consequential period that accelerated the decline.

Twenty years ago, the World Trade Organization made the fateful decision to admit the People’s Republic of China as member nation. The same WTO that oversees the global system of trade rules and regulations. China’s entry also granted them permanent “most favored nation” status in trade with the United States. Prior to its WTO entry, that status had to be approved on an annual basis by the U.S. Congress.

The monumental economic and political effects emanating from China’s entry into the WTO continue to reverberate today.

It opened the floodgates for foreign trade and investment into China’s markets. Most significantly, it led to China’s domination in the manufactured goods export market. China’s share of global manufacturing exports went from 4 percent in 2000 to 15 percent in 2020.

China’s advantage of an overabundant labor force, lax labor laws, and large government subsidies give them an unfair advantage when it comes to attracting companies to manufacture goods on their shores.

America’s trade deficit with China grew by over 400 percent from 2001-2018. According to a study by the Economic Policy Institute, this amounted to the loss of 3.7 million overall American jobs from 2001-2018.

While international agreements, automation, and changes in technology were factors in the decline of manufacturing in Pennsylvania, our state leaders certainly didn’t do any favors to keep the jobs we had or attract new investment.

While the manufacturing sector largely contracted in northeast states like Pennsylvania, other states adapted their business policies and found ways to attract new investment opportunities.

Every year, Pennsylvania has received a grade of “C” or worse when it comes to manufacturing health. Conversely, states like Michigan, Kentucky, and South Carolina receive an “A”.

Michigan, Kentucky, and South Carolina all saw an annual average manufacturing growth rate of 2 percent or more since 2009, according to the U.S Bureau of Economic Analysis. Meanwhile, Pennsylvania’s growth was anemic at less than 1 percent.

How do we make Pennsylvania more attractive to prospective manufacturers? Let’s start with much needed regulatory reform.

Pennsylvania was rated at No. 35 in the nation for regulatory environment, according to Forbes Best Business Ratings.  With over 153,000 regulations on the books, we have one of the most burdensome regulatory codes in the country. It would take an individual about 713 hours—or just under 18 weeks—to read the entire Pennsylvania Code.

Review, modification, and rescindment of onerous regulations can be the genesis of a manufacturing resurgence. There is a cost to every regulation. That cost is exacerbated when the regulation is no longer needed. Regulations need to be reviewed on a regular basis to determine if they continue to be needed, require modification, or require termination. By creating a consistent review schedule, the General Assembly can determine whether a regulation should be continued, modified, or terminated.

Additionally, creating a “2 for 1” model (removing 2 regulations for any new regulation) is something we should adopt here in Pennsylvania.

We also must improve our permitting process. Members of the General Assembly often hear from prospective employers who ask, why does it take so long to get a permit? Where does my permit stand? What is the holdup?

We saw this issue in practice when U.S. Steel decided to pull out of a $1.5 billion investment in the Mon Valley Works in Braddock. After delays in getting approvals and permits, US Steel called it off and the region lost out an opportunity to gain hundreds of good paying, blue-collar jobs.

Passing legislation to create a tracking system for permit applications and permit and third-party review of permit decision delays will go a long way to address concerns of business owners and bring greater transparency to the permitting review process.

We need to make our state a more attractive tax climate.  Our current Corporate Net Income Tax is the second largest in the country at 9.99 percent. For comparison, Arkansas’ corporate tax rate of 5 percent recently helped them land the most advanced steelmaking facility in North America that is expected to produce 3 million tons of advanced steel per year.

Reducing the corporate tax burden by at least 2 percent here will help us compete with other states to attract prospective manufacturers. Thankfully, it appears that this idea is starting to gain bipartisan support.

But I also believe that a corporate tax reduction should be contingent on employers agreeing to retain or attract a certain number of jobs in the commonwealth. We must ensure these companies are doing their part to invest in our people.

Will Pennsylvania’s manufacturing employment and output ever return to its heyday? Not likely.

But there are steps that our commonwealth can take now that will instantly make us a more attractive location for manufacturers to grow and invest. Pennsylvania manufacturing sector once powered America into the Industrial Revolution and helped her become the “Arsenal of Democracy” through two World Wars.

We can lead the way once again in reshoring jobs to America and stabilizing our supply chains in the long run.