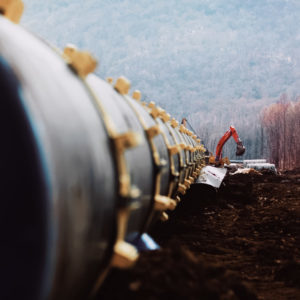 As Pennsylvania’s unemployment rolls explode — adding a jaw-dropping 1.4 million jobless claims in a single month — some Delaware Valley politicians and environmental activists are fighting to move hundreds of workers on the Mariner East pipeline project off the job.

Elected officials from both the Delaware and Chester County Councils sent a letter to state officials this week attempting to halt work on the southeast Pennsylvania pipeline owned by Sunoco/Energy Transfer.

According to the Pennsylvania Department of Labor and Industry, more than 1.4 million people filed new unemployment insurance claims from March 15 to April 15. Based on their preliminary data, construction workers could account for as much as 14 percent of current job losses.

The Pennsylvania Energy Infrastructure Alliance (PEIA), which represents construction stakeholders, estimates about 1,500 people are employed currently on some aspect of the Mariner pipeline’s construction.

“During the current public health crisis, when our residents are staying home to achieve the common good, no special exemption should be provided to Energy Transfer in its construction of the pipeline. This project, and its owners and investors, should share in the general sacrifice, and receive no special treatment,” they wrote.

According to the Delaware County website, these officials said their objections were prompted after receiving “multiple complaints from residents who have observed pipeline workers not obeying social-distancing rules,” intended to stop the spread of the coronavirus.

“We are concerned that, if the non-compliant behavior of the Energy Transfer workers triggers a COVID-19 hot spot, the burden on our health care system would impose a risk to our entire community,” Moskowitz and Zidek wrote.

“The men and women who are on site building this pipeline are doing everything they can to ensure a safe worksite,” Knaus added. “They are acutely aware of the situation, and they not only want to protect themselves and their coworkers, but they want to protect their families as well.”

“County officials seem to want the pipeline builder to feel the pain, but those hurt most immediately by their actions to shut down construction will be the skilled laborers who are simply doing their jobs.”

On their website, PEIA suggests an environmental nonprofit group was pushing local politicians to act. “The counties are taking their lead not from health-care professionals but from the Clean Air Council, which has made it its mission to shut down Mariner East,” the website says. One of the people copied on the Moskowitz and Zidek letter was Clean Air Council Executive Director Joseph Oris Minott, and the complaint specifically advocates the adoption of “the well-reasoned approach of the Clean Air Council and revise the exemptions granted to Energy Transfer to only those aspects” necessary for public safety.

The counties “should be commended for standing up to protect their residents,” Minott said in response. “Residents have documented clear violations of social distancing at Mariner East construction sites during this serious COVID-19 pandemic.”

Work on the pipeline was originally halted by Gov. Tom Wolf’s March 19 emergency order closing “all businesses that are not life sustaining.” Companies working on the pipeline followed Gov. Wolf’s waiver process and were ultimately granted one about a week later and work quickly resumed.

Even before Wolf’s order, the pipeline had been brewing in controversy.

Pipeline construction supporters say that another sign opposition is about politics, not the pandemic.

“State Sen. Andy Dinniman is hoping COVID-19 will finally achieve what he has been unable to do: halt the construction of the legally permitted Mariner East pipeline network,” according to the PEIA website.