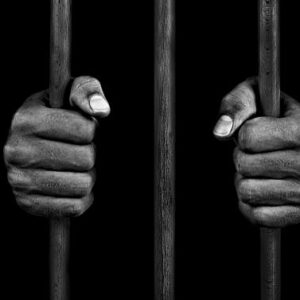 Brown cites Philadelphia’s recent surge in homicide and aggravated assaults as grounds for enacting mandatory minimum sentences for prior convicted felons who are “illegally obtaining firearms to commit violence on our streets,” a proposal not often touted by Democrats.

While the exact text of Brown’s bill isn’t yet available, the proposal—alongside New Jersey’s recent wave of mandatory minimums for nonviolent drug offenses—has reignited debate over the impact of mandatory minimum sentencing on the criminal justice system.

Since the 2015 Supreme Court case Commonwealth vs. Hopkins, all Pennsylvania mandatory minimums linked with drug and firearm offenses have been invalidated. The linchpin decision was predicated on the notion that mandatory minimums were unconstitutional unless proven at trial beyond a reasonable doubt, rather than by a judge at sentencing based on a lower burden of proof.

But a few of them still survive today. For example, life without parole for first and second-degree murder, homicide by vehicle when under the influence, and sexual offenses against children all still carry mandatory minimums if they can be proven at trial.

One essential element of the debate is whether it serves as a justifiable deterrent. Mark Bergstrom, executive director of the Pennsylvania Commission on Sentencing, said research from a comprehensive 2009 report showed scant evidence for deterrence, in large part due to timing.

“If there’s not a close enough time between what you’ve done and what you get punished for, people sort of don’t connect the two,” he said. “There are people not getting caught or convicted for offenses, there are all kinds of things that undercut the certainty that you’re going to be convicted and receive that exact sentence.”

Over the last three years, trends in Philadelphia have shown the criminal justice system has operated like a “revolving door,” as arrests are on a record pace for people carrying guns illegally while conviction rates have fallen by nearly a quarter.

Bergstrom said one option that’s been discussed is giving more teeth to the guidelines when it deals with violent or serious offenses.

“The judge still has discretion, but the onus is on the judge to explain why they are giving a lesser sentence,” he said. “But there may be other reasons for mandatories and one might just be incapacitation. There may be some benefit to disrupting or removing people from the community to break that violence or really send a message about guns.”

Molly Gill, vice president of policy for Families Against Mandatory Minimums, said despite its intention for uniformity, mandatories create more disparity in punishment.

“There are literally thousands of felonies in Pennsylvania. There’s a huge difference between having a prior felony for theft and armed robbery,” she said. “If someone has a drug felony that’s 10 years old and a gun for any reason, under Amen Brown’s proposed bill they’d be looking at a mandatory prison sentence that might be ridiculous. Now you’ve totally deprived the judge of any flexibility, any ability to save those prison cells for people who are a real threat.”

“Part of crime prevention is pouring resources into those communities,” Gill said. “What we tend to do is we don’t give them any resources and we decide to lock them up. Mandatory minimums are a pretty blunt instrument for a problem that requires surgical precision.”

However, Greg Rowe, executive director of the Pennsylvania District Attorneys Association, says mandatories can be justified when they are applied to repeat offenders who prey on the most vulnerable.

“We need to look carefully at individuals who are committing violent crimes with illegal guns who are also violating conditions of bail. And certain mandatory minimums that target the most dangerous or the most violent play a role in ensuring deterrence,” he said.

“That doesn’t mean we shouldn’t invest in more drug, alcohol, and mental health treatment. We need to get smarter on crime to make sure the state prison beds are filled with or occupied by the appropriate offenders.”