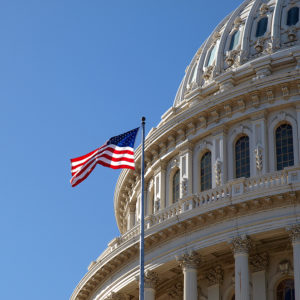 A key member of the Department of Environmental Protection’s Environmental Quality Board says its vote last year in favor of approving the Regional Greenhouse Gas Initiative (RGGI) was the result of staff “miscommunication.”

Pennsylvania Game Commission executive director Bryan Burhans, testifying before the House Game and Fisheries Feb. 25 meeting, said the agency’s “yes” vote to approve Pennsylvania’s participation in the controversial RGGI was not in the best interests of the Game Commissions mission.

Burhans said the commission has “serious issues” with RGGI, noting that the information and research presented to the PGC by the Wolf administration had not convinced him that RGGI was in the best interest of the game commission.

“Our agency, to be honest with you, we had a miscommunication with our person that voted. We had some concerns and our vote wasn’t necessarily going to be a ‘yes’ on that RGGI policy, just because so many questions weren’t being answered appropriately in the meetings,” Burhans said.

Burhans did not go into detail about what specifically those concerns were, but I pointed out that cap and tax schemes such as RGGI would negatively impact PGC finances as the commission has substantial leases for natural gas production.

Last year’s meeting of the Environmental Quality Board (EQB), which is tasked with adopting all Department of Environmental Protection (DEP) regulations, resulted in a vote of 15-4 in favor of adopting Gov. Tom Wolf’s rogue executive actions to enter Pennsylvania into the Regional Greenhouse Gas Initiative (RGGI).

That the agency tasked with managing the Commonwealth’s wildlife and forests says it is opposed to RGGI after voting in favor should be headline news. It is also puzzling how such an important vote was entrusted to an alternate.

As executive director, Burhans is typically the person who represents the game commission at EQB voting meetings. He testified that a different staff member voted for the game commission. A review of the voting tally reveals the staffer was PGC geologist Jeffery Painter.

But what troubles me most is this follows a pattern of mismanagement and a disturbing lack of transparency at the PGC.

In May 2019, then state Auditor General Eugene DePasquale released the results of a three-year financial audit of the PGC in which he found that the PGC is sitting on $72.8 million, plus seven escrow accounts – one containing $6.5 million in addition to the $72.8 million – that the PGC’s Chief Financial Officer did not know even existed. DePasquale concluded that management and bookkeeping at the PGC were so fraught with pitfalls there was “potential for theft of funds,” adding “the commission needs independent oversight going forward.”

Burhans claiming the yes vote on RGGI was a “miscommunication” is artful wordsmithing. A vote can only go two ways, yes or no. A miscommunication on a yes vote leaves only a no vote as the alternative, meaning yet another PGC mistake was made.

But this is only part of a pattern.

When PGC changed deer season opening day in 2019, it did so despite significant opposition from the deer hunting community.

Three years later, there is plenty of testimony among deer hunters and the small rural businesses which cater to them that the change in the opening day has been a disaster economically and socially.

A recent survey commissioned by the Pennsylvania Game Commission allegedly showing support for the change of opening day was based on responses from 2,009 license purchasers, a minute fraction of the nearly 900,000 licensed hunters – hardly what one could call an accurate and thorough vetting.

Yet, PGC is not open to learning new facts and considering changing course. Worse than that, we no longer even know what our deer harvest is anymore! It is now “estimated” since the PGC did away with in-person checking of harvested deer.

And how is the PGC managing our state bird? By its own admission, PGC says ruffed grouse suffers largely from habitat mismanagement. Ruffed grouse depend on young forests to thrive. In Pennsylvania, only about 8 percent of public and private forests are made up of young forests – a 70-year-low. One would think that a decrease in revenue from the RGGI plan would further hamper efforts to revive the grouse.

How long must Pennsylvania sportsmen and women endure an agency that acts with impunity and no regard for the mission it portends to pursue?