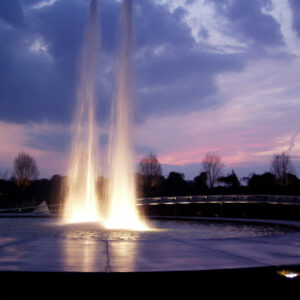 Her 23-year-old son, Joshua, worked for Cantor Fitzgerald in the North Tower of the World Trade Center where his office was on the 102nd floor.

“He’d had a job with another company in the South Tower and they recruited him,” Reiss said. “He had that job at just 23 that he thought he might have at 40. He was literally on top of the world. He was their youngest international bonds trader. He really loved everything about his life.”

On most days, Joshua would send her AOL instant messages telling her “what the weather was like above the clouds.”

From his office, “he could see the Statue of Liberty. He called her ‘my lady.’”

“He lived in New York but he came home on weekends” to the Lower Makefield house where he grew up. “We are a very close family. He never thought about making New York his home.”

“As a little boy he told me he wanted to live there,” she said. “He said, ‘Mommy they don’t have bedtimes. It’s the city that never sleeps.’”

Joshua was the second of five children and always had a sunny personality that drew people to him.

“You never saw him without a brother or close friend,” she said. “He was very outgoing, extraordinarily loving. From the time he was a little boy, it was like he had a perpetual smile. He always saw the best in everyone.”

“He snowed some of his teachers,” she said, about Joshua who graduated from Pennsbury High School and then the University of South Carolina. “He just had a gift. My husband and I, he was the one we never worried about, to be honest with you.”

Although there was the time he didn’t call her when he got back to college and she called the police to check on him.

“He called and said he woke up with a state trooper standing over him who told him he’d better call his mother,” she said.

He called her nearly every day. The last time she spoke with him was on Sept. 10, 2001.  She got a call around the time the plane hit the tower but is not sure it was him and she did not answer the phone in time. 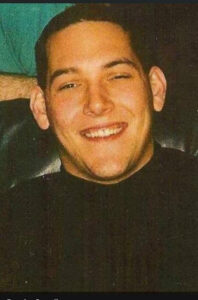 “About two minutes later, I got a second call and it was someone telling me what happened,” she said.

Joshua’s college roommate and girlfriend had called her.

“And she told me to turn on the television. I started to call him and call him and it went right to his voicemail on his cellphone. I tried his office phone.  I tried Cantor’s main line. Nothing went through.”

Reiss called her husband, Gary, who was at one of his clothing stores in New Jersey, and told him to come home. Her other children came home. Her daughter’s principal drove her to the house.

“I had one son at the University of Georgia and I didn’t want him to wake up to this, get into his car and start driving,” she said. “I couldn’t get him on the phone. But I got his fraternity president and said you have to go to his apartment and take his car keys.”

“By the time my husband came home, the first building fell and I was screaming at him, ‘The building fell!’ and he said, ‘I literally don’t understand.’ I said, ‘Look at the TV.  There’s no building.’”

When the second building fell, they knew that Josh had probably died.

“I was always terrified of those buildings,” she said. But Joshua would tell her, “‘They tested it. A Boeing 707 bounces right off the side. And we can go straight down (the steps) and get out. I know which way to go.’ But that turned out not to be true. You had to go back into the building around the 75th floor, which is where the plane crashed.’

She knew he was dead but her heart refused to believe it, she said.

“The next day there were all these news vans in my yard,” she said. A neighbor also lost her son in the attacks and together they helped each other cope.

Reiss, who still lives in Lower Makefield, is on the committee to help plan the 20th-anniversary commemoration of the September 11th terror attacks on New York, the Pentagon, and a hijacked plane that crashed in western Pennsylvania. Nearly 3,000 people died that day. Others continue to die of diseases related to their exposure to toxic substances released into the air when the buildings fell. Lower Makefield lost nine residents and a total of 18 Bucks County residents died.

People will gather at 8 a.m. at Memorial Park in the Garden of Reflection on Woodside Road in Lower Makefield on Sept. 11. A bell will be run at the times when each tower was struck, when the Pentagon was hit, and the plane that crashed in western Pa., she said.  Names of the Pennsylvania victims will be read along with short biographies, music will play, and remarks will be delivered. Later, at 7 p.m., the township will have a second ceremony at the Garden of Reflection.

Delaware County will also hold a ceremony marking the 20th anniversary of 9/11 at 10 a.m. on Sept. 10. District Attorney Jack Stollsteimer said his office will host an event at Rose Tree Park, 1671 N. Providence Road in Media.

“I want people to know my son when he was alive,” Reiss said. “They took our future. He never was able to get married. He certainly would have had children. They stole that from all of us.”

Even though she knows there was nothing she could have done, Reiss sometimes thinks, “I’m his mother. I’m supposed to protect him no matter what…I miss him every day.”