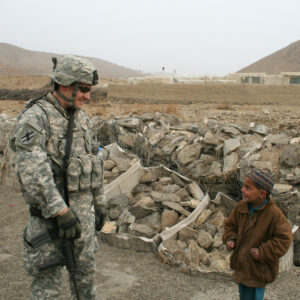 Local veterans differed on the abrupt American withdrawal from Afghanistan that led to the Taliban swiftly conquering the country and regaining power as the 20 year anniversary of the 9/11 terror attacks looms.

Matt Mabe, of Radnor, was an Army engineer who graduated from West Point in 2002 and did two tours of Iraq, including the invasion in 2003, then left the Army.  But he was called back to active duty in 2009 and served in Afghanistan for about nine months.

“I was distressed by it, I am distressed by it, but not for the reasons I think a lot of people, a lot of veterans are feeling,” said Mabe, who was a captain when he left the Army. “I don’t believe the mission there was a waste, as many veterans seem to be feeling and saying.”

“I have for a long time supported the removal of forces from Afghanistan,” said Mabe, 41.  “I don’t think the United States should have been involved so long there. But this should have been handled far better.”

The withdrawal was too hasty and telling the Taliban when the U.S. was leaving lead to “a total fiasco, a debacle.”

“I’m distressed beyond belief at how incompetently this has been handled,” said Mabe. “To me it demonstrates an image of weakness on the part of the United States that dishonors the sacrifice of folks who went over there and fought this war. I think it’s a stain on the struggle of an entire generation of soldiers, sailors, marines and airmen,” said Mabe.

“My military service feels like a lifetime ago,” he added.  “I’ve moved on and have a wonderful life here in Radnor. I’m thankful every day for what I have here.” But “being forced to reflect on it through images on TV and the news cycle, it makes me really, really sad.”

Mabe works for TAPS or Tragedy Assistance Program for Survivors and supports grieving military families with a focus is on suicide loss.

“I think it’s important for people to reminiscence about these times in their lives,” he said. “It provides a really powerful contrast to me, how awful some places in the world are and how great our country is. I have three little children and one on the way. I am so grateful for what we have here and sacrifices my fellow service members made for our freedoms.”

Hugo Lentze, the director of strategic partnerships with the Travis Manion Foundation which helps veterans and families of the fallen with leadership programs, graduated from West Point then served in the Army for 22 years.  A helicopter pilot, Lentze spent a year in Afghanistan in 2010 and 2011. He also deployed to Iraq, Haiti and Korea.

“I’ve done a lot of thinking about this,” said Lentze, 52, a Doylestown resident. “I think there is a distinction between policy and military action. I think we’ve had a policy failure, not necessarily a military failure.  The military is just an arm of the political realm. I’m not sure the overall policy was a good one.” 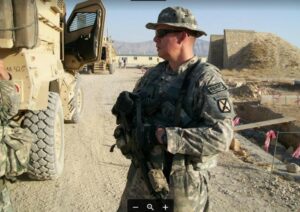 But the Afghan people will have to live with the results.

“It’s horrible,” he said. “The Taliban have taken over Afghanistan again. I certainly worry about the people I worked with.  I worked with the Afghan national police, and I came into contact with translators who were super helpful.”

Of the Afghan people who helped Americans, “I shudder to think of what their situation is,” said Lentze.

Howard Gartland, a Radnor resident and Army and Army Reserve veteran, who served 27 years and left the Army as a colonel, is incensed at how the Biden administration handled the withdrawal.

“It’s a debacle,” said Gartland. “There was a way to do it competently and safely, a way to get our allies out.”

The timing was “arbitrary and not condition-based,” Gartland noted. While whether the U.S. should have left Afghanistan is debatable, “the withdrawal was awful.”

“We have 10s of thousands of allies that worked with us there in harm’s way and they will remain in harm’s way,” Gartland said. “The status quo of the last three or four years was sustainable.” The troops were “advisors and provided intelligence and air support,” rather than fighting. How the Biden administration withdrew “shows weakness.”

And there is no way to get all of the translators and other people who worked with us out by Aug. 31, he said.

“It’s shocking to me,” said Gartland. “It’s not the right message. It’s very, very poor planning and the messaging is just as bad.”

But the rest of the world may never know what brutality the Taliban unleashes.

David Galluch, of Newtown Square, a former Navy Special Operations officer who is running for Congress in Delaware County, called the withdrawal “a massive failure by President Biden. We should have withdrawn our forces in an orderly and deliberate fashion which ensured the safe evacuation of not only all Americans, but large numbers of our Afghan partners who risked their lives to help us for years.

A series of preventable mistakes with predictable consequences were made, culminating in the Taliban’s quick storming of Afghanistan and reclamation of Kabul while thousands of vulnerable American diplomatic and government staff remain on the ground,” Galluch said.

But Ken Shwartzman, an Elkins Park resident who served in the Navy for 10 years, gave the Biden administration a pass.

“I think the Taliban would have done what they did anyway, whether we pulled out of there slower and less chaotic,” said Shwartzman.  “Doesn’t help that the Afghan military laid down their arms and left.  (It was a) bad situation. We needed to get out of there.  It was time.  All of the past presidents are to blame for the mess.”